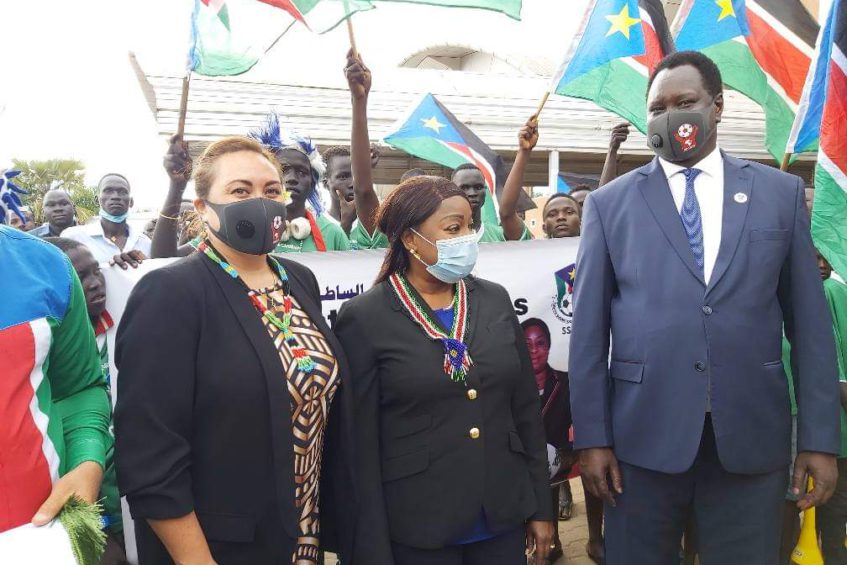 The Secretary General of the Federation of International Football Association, FIFA has urged the unity government and other stakeholders to invest more in women football.

Mrs. Fatima Samoura led a delegation from FIFA for a one-day visit to Juba on Friday.

Upon arrival, she inspected the ongoing work at Juba National Football Stadium which is being renovated by FIFA.

She also visited Buluk Playground, currently being the main football pitch in Juba.

The Secretary General of the world football governing body disclosed that her visit is to assess the progress made in advancing women football in the country.

“My last word will be defiantly also to urge the government and also for all commercial affiliate in South Sudan to continue investing more in women football”, she told reporters upon arrival at Juba International Airport.

She assures FIFA’s support to the development of sports in South Sudan.