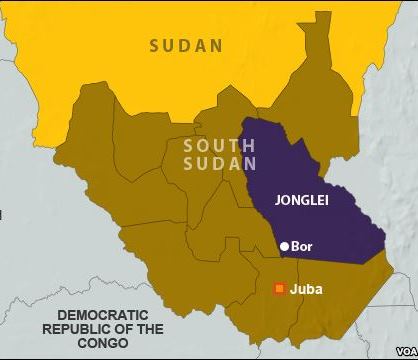 Fifty-eight women and children have finally been reunited with their families in Jonglei state.

They are among those abducted last year during vicious intercommunal fighting in Jonglei and Pibor Administrative Area.

A press statement from the UN Mission in South Sudan indicated that the exchange of abducted women and children came following a community-led goodwill agreement between the Lou Nuer, Murle and Dinka Bor ethnic communities.

Last week, the authorities in the Pibor identified over forty abducted children who will be handed over to their families in neighboring states.

He told Eye Radio that the move is to improve ties between the Pibor and the surrounding communities.

UNMISS confirmed Friday that its helicopters shuttled between Pibor, Pochalla, Pieri and Juba to pick up groups of women and children and return them to their communities.

The victims of the abduction, it said, are receiving support from Save the Children and local NGOs Grassroots Empowerment and Development Organization, and Community Action Organization.

UNMISS estimates that as many as 686 women and children were abducted during the extreme violence between communities in Jonglei and the Greater Pibor Administrative Area between January and August 2020.