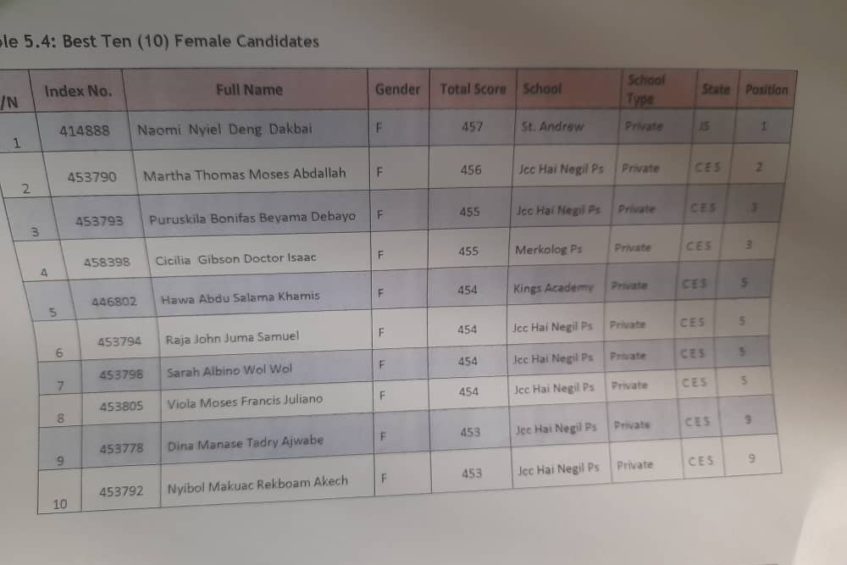 All the best performers are from private schools dominated by those in Central Equatoria State/Michael Daniel/Eye Radio.

General performance has improved by about 13 percent compared to 2019 and performance rate has increased from 87.7 percent to 89.9 percent.

The Deputy Minister of General Education, Martin Toko Moi, who announced the results in Juba said out of the top ten students, seven are girls.

“Examinations for the first time did not leak and there were no cases of cheating. Our girls performed better than boys,” Mr. Tako said.

“The first ten students, most of them are girls,” he added.

The best-performing state is Unity followed by Jonglei and Warrap.

She is followed by Martha Thomas Moses Abdala of JCC Hai Negil, who got 456 points.