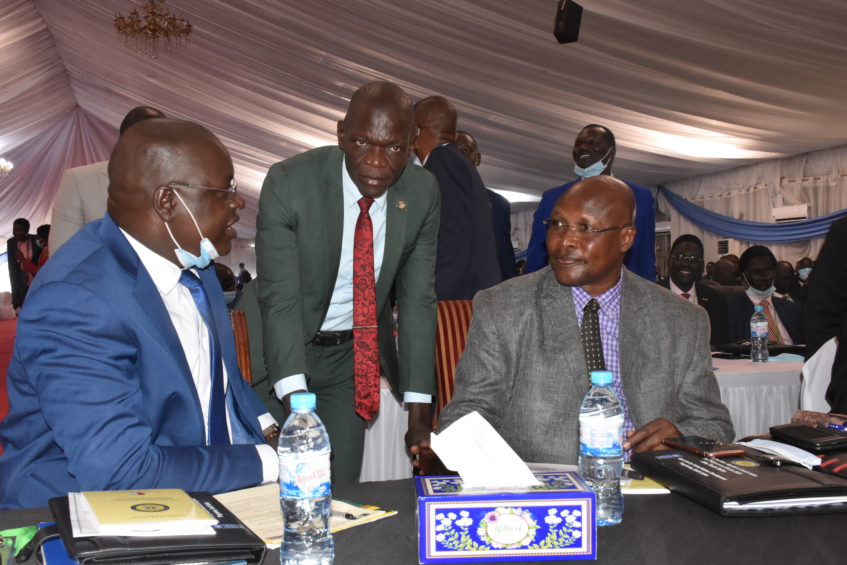 The 5th Governor’s Forum has recommended allocation of funds to revive the agricultural schemes in the country.

There are about eight agricultural schemes in South Sudan – including, Aweil Rice Scheme, Nzara Complex, Mangala and Melut Sugar Schemes.

Others are the Upper Talanga Tea Project in Torit, Watoka Coffee and Tobacco plantations in Yei.

The schemes were reportedly abandoned due to the outbreak of the 21-year civil war in the 1980s.

Thus, the delegates believe reviving them will boost the economy.

Dr. Leben Nelson Moro, a rapporteur at the Governor’s Forum, who read out the resolutions on Monday in Juba.

He says the governors recommended that the national government should allocate funds to revive the farm schemes in the country.

The 5th Governors forum – which concludes today – is under the theme “role of states and special administrative areas in the implementation of R-ARCSS for peaceful, stable and prosperous South Sudan.

The forum was organized by the office of the President in partnership with the UN Development Program or UNDP.