You are here: Home  |  Economy | Featured | News   |   Gov’t criticized for having nothing to show for millions of dollars it borrows 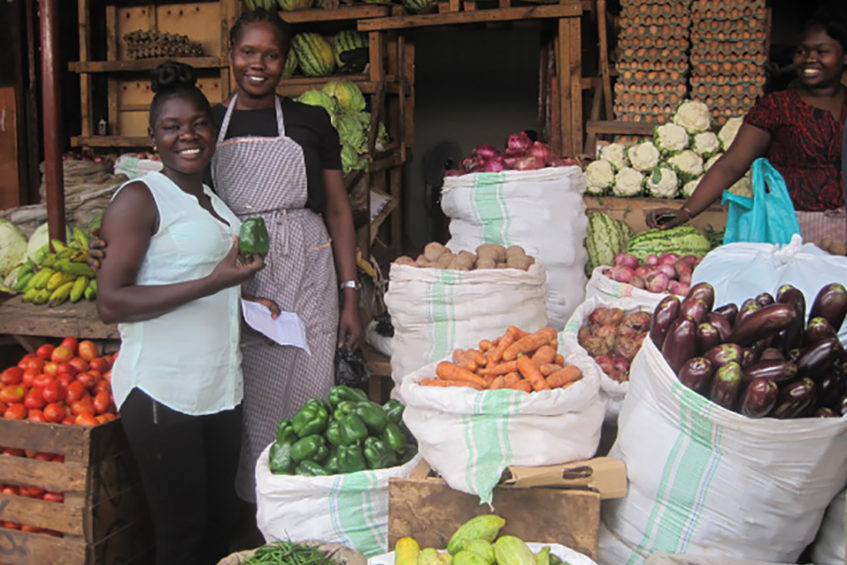 A vegetable stall at Konyo-konyo market in Juba, February 2020. Despite borrowing hundreds of millions of dollars, the gov't has been unable to have market prices go down | Credit | Maryknol Lay Missionaries

Some citizens have criticized the government for continually taking money from international financial institutions in the name of the people but delivering no services.

They say the economy has continued to deteriorate despite the loans the Kiir administration takes.

The World Bank, African Export-Import Bank, the African Development Bank, and the International Monetary Fund have been the biggest lenders to South Sudan since 2011.

In August of the same year, the World Bank’s Board of Executive Directors approved a $45 million grant to improve access to basic infrastructure and strengthen community institutions.

Then in October 2020, the government of South Sudan approved a loan of $313 million from the African Export-Import Bank to fix the crumbling economy.

In February 2021, the African Development Bank signed off a $14-million grant to improve food production and boost the marketing and trade of agricultural products in South Sudan.

The following month, the International Monetary Fund approved a disbursement of $174.2 million under the Rapid Credit Facility to address coronavirus pandemic-related effects to the economy.

This totals nearly $600 million of borrowed money in just less than a year.

It was also revealed in September 2020 that the Central Bank owes commercial banks in Juba nearly $100 million.

Despite all these, the government of South Sudan is still unable to pay civil servants on time.

Observers say there is limited expenditure on key social sectors, including health, education, water and sanitation, and agriculture and rural development.

One of the listeners who spoke during the Dawn program this morning expressed his frustration with the government’s mishandling of borrowed money.

“The international community should monitor closely how the funds are being used by the government; they should know if the money is being used for the right purpose,” said Chol (not real name).

The UN says South Sudan remains in a serious humanitarian crisis in 2021, with poverty levels remaining extremely high due to severe food insecurity and limited access to basic services across the country.

It reports that at least 8.3 million people are still facing crisis-level food insecurity, with 1.4 million children under 5 years expected to be acutely malnourished this year.

On Thursday, the World Bank announced that it had allocated a portfolio of $340 million U for projects in South Sudan.

But some members of the public quickly criticized the move, saying the benefits will not trickle down to the ordinary person.

They cited corruption, lack of transparency, and accountability as some of the reasons the government is incapable of delivering services using loans.

“Nothing has been seen on the ground regarding the funds given by the World Bank, especially in the economic sector, which is worsening as we speak,” Mary John said on the show.

Another listener, who chose anonymity stated:

“Their funds (lenders) are given to the government but the economy is still deteriorating. If you give something today and things worsen tomorrow, what does that mean?” She asked.

“We, the citizens, see that the World Bank might be giving these funds to the wrong hands.”

The World Bank has advised the government of South Sudan to accelerate dialogue on key reforms intended to cushion the economy amidst a double health and economic crisis.

It maintains that the reforms must be accompanied by the best ways of diversifying both sources of growth and revenue.