Govt told to allocate 2% of oil revenues for women empowerment 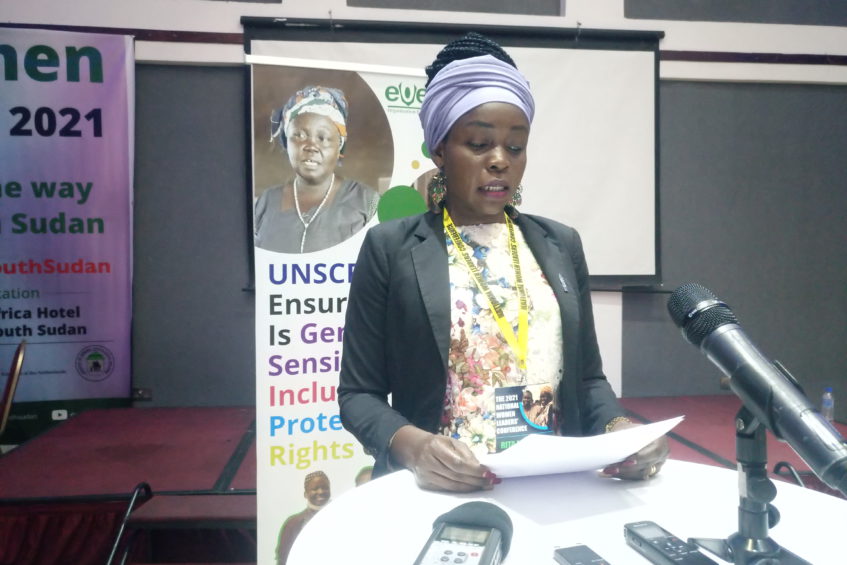 Women leaders in South Sudan have called on the unity government to allocate two percent of oil revenues for women empowerment in the country.

During the two-day conference, the women leaders reviewed and discussed progress made in the R-ARCSS’s women, peace and security agenda and its implementation.

This week, over 120 women from across the country gathered in Juba for the second national women leaders’ conference under the theme, “embracing the past; paving the way for sustainable peace in South Sudan.”

They also identified areas that they think need strengthening for effective women’s participation in nation building.

This includes pressing the parties to adhere to the 35 percent allocated to women by the 2018 peace agreement.

In their joint statement on Wednesday, the women called on the unity government to establish what they call “Women and Youth Enterprise Fund”.

Rita Lopidia, the Executive Director of EVE Organization for Women Development who read out the statement on behalf of the participants, called on the government to allocate two percent of oil revenues for women empowerment.

“We call for a 2% of the oil proceedings to be allocated for women economic empowerment especially in the oil producing states. And we call on the protection around the oil field,” Lopidia.

The women conference further called on the establishment of a women and youth enterprise fund, and environment management authority.

The two-day conference which concluded on Wednesday, brought women from the reconstituted TNLA, the organized forces, civil society  groups including women at grass roots and national levels, among others.