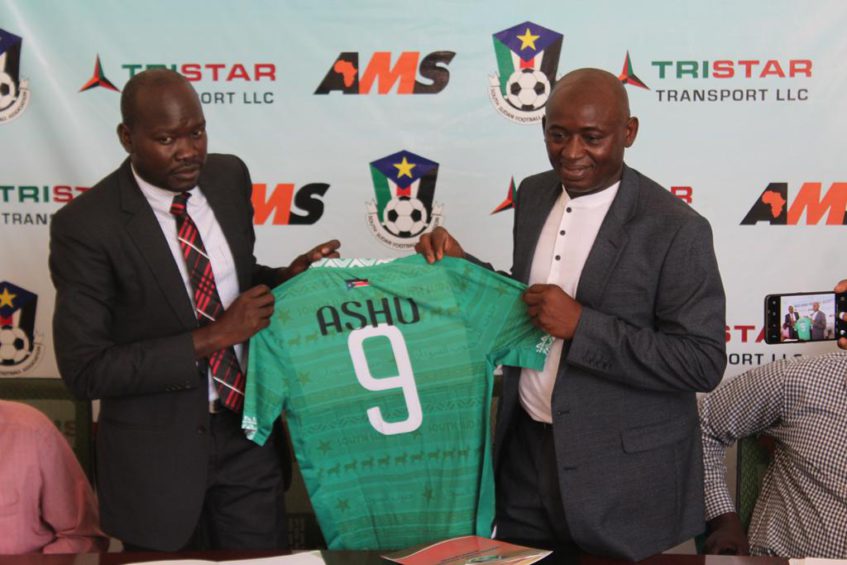 The national team head coach has expressed disappointment over the SSFA’s handling of his contract, describing the governing body as “ungrateful” for his two years of service.

Cyprian Besong Ashu’s contract comes to an end on 4 July. Despite initial assurances from the federation to renew, the German-Cameroonian says the governing body has now gone silent on the matter.

“The federation went quiet and they didn’t get back to me. So, what is left is for me is to finish my term and I think when I get back to Juba, I will say goodbye to my staff and to everyone and then travel back home,” Ashu told Eye Radio from Qatar, where he and the rest of the national team are stuck following the Covid-19 mayhem that ruined the side’s participation in the 2020 FIFA Arab Cup.

“I assume probably they feel we have underachieved in the two years which is okay but at least they should have informed me.

“I could say they haven’t really appreciated what we have put down in these two years, especially with Covid-19 and everything and I’m a little bit disappointed.”

During his two years in charge, he guided the Bright Stars past the preliminary stage of the Africa Cup of Nation’s qualifiers and beat Uganda in the group stage of the competition before bowing out following back-to-back losses to Malawi and Burkina Faso in the final group games

He was due to face Jordan in the FIFA Arab Cup in Qatar on 21 July, when positive Covid-19 tests to 19 of his squad members rendered the game forfeit, an occurrence that “reduced me and my coaching staff to tears”.

Despite a frustrating ending, Ashu says he will leave with a good feeling for the people he met and the foundation of the team that he leaves behind.

“We started something and we haven’t even gone halfway and it will be sad to just leave it like that. But I’m grateful I met very lovely people and South Sudan has been a home to me,” he added.

The team is now expected to leave Qatar today, June 30, and will arrive in Juba tomorrow, except for three players Okello Tito Odong, Abraham Riel and Majak Maling Mawith who will stay behind until the expiry of their quarantine period on July 2.

The SSFA is yet to comment on the matter.