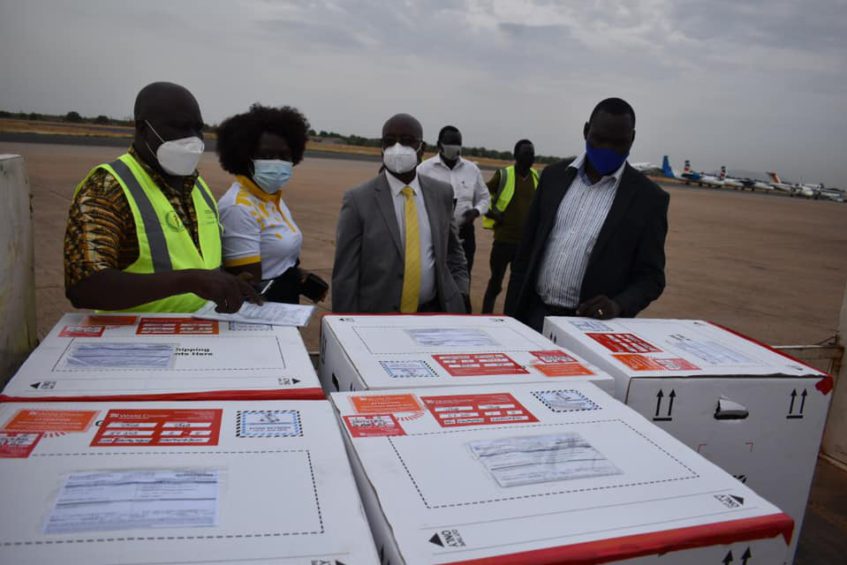 The vaccines were delivered in Juba late March: Photo/MTN-South Sudan.

South Sudan’s Ministry of Health has sidelined over 60,000 coronavirus vaccines donated by the African Union over expiry date concerns.

The nearly 60,000 African Union-delivered doses were received last month to supplement an earlier donation of 132,000 doses by the World Health Organization-aided COVAX facility.

Telecom giant MTN through the Africa Centre for Disease Control and AU also donated the vaccines to some African countries in March.

But reports have emerged this week that several African countries including Malawi have put aside the same vaccines received via the same donation scheme because they had expired.

According to the Coronavirus Incident Manager at the Ministry of Health, the AU-donated vaccines have since been sidelined.

South Sudan has so far administered part of the 132,000 AstraZeneca to nearly 2,000 people including some senior government officials.