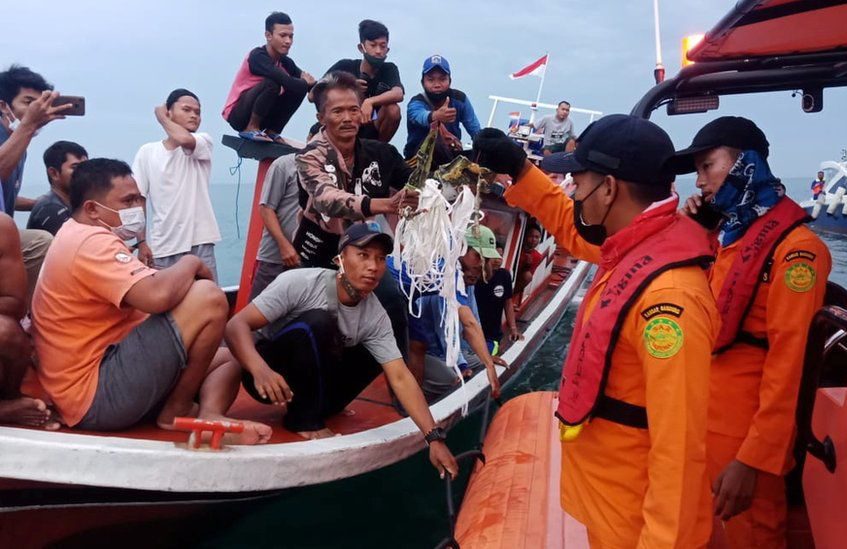 Indonesian authorities say they have found the location where they believe a Boeing 737 passenger plane crashed into the sea shortly after take-off from the country’s capital Jakarta on Saturday.

The Sriwijaya Air jet was carrying 62 people when it disappeared from radar four minutes into its journey to Pontianak in West Kalimantan province.

On Sunday, signals thought to be from the jet’s flight recorder were traced.

More than 10 ships have now been deployed to the site with navy divers.

“We have detected signals in two points, this could be the black box,” the chief of Indonesia’s search and rescue agency, Bagus Puruhito, said.

Investigators are also analysing items they believe to be wreckage from the aircraft, including a wheel and what they say could be part of the plane’s fuselage.

A spokesman for the Jakarta police, Yusri Yunus, said two bags had been received from the search and rescue agency.