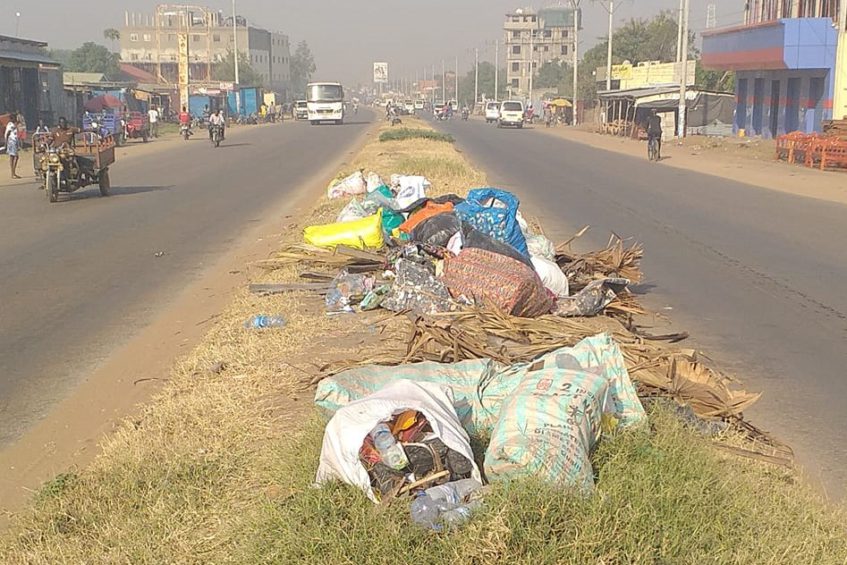 The Juba City Council has signed a Memorandum of Understanding with a private company for garbage collection in the capital.

This according to Michael Allah-Jabu, the Mayor of Juba City Council.

Some residents of Juba have often raised concerns about what they call slow and lazy tendency of the authority in collection of garbage.

Many complained that too much garbage accumulation risks their health statuses and blamed it on the City Council which is tasked with garbage collection across Juba.

They also accuse some staff who are working at the Mayor’s office for collecting money from the public without giving back the service needed.

However, Mr. Allah-Jabu now says his administration has contracted the East Africa Go-Green to collect all garbage in the streets of Juba.

Allah-Jabu stated that, the company will commence collection as soon as January 2022.

He also appeals to members of the public to collaborate with his office in addressing the challenges facing them.

“We have signed a contract with this company and as of January, we will provide a home garbage collection service”, Mr. Allah-Jabu was addressing the media in Juba on Friday.

But no results of the pledge have been seen till date.