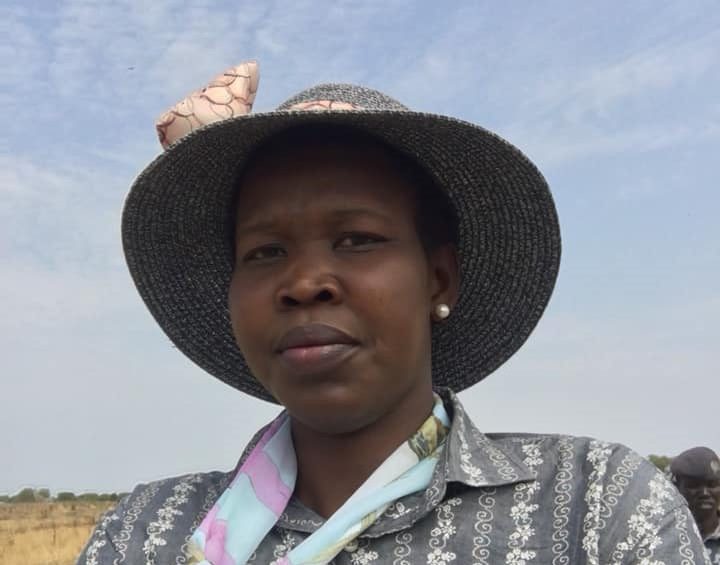 Rachel Amuor Pach, former state minister of gender, is one of the three ex-officials accused of agitating the removal of Deputy Governor Antipas Nyok | Credit | Facebook

Three people accused of agitating removal of the deputy governor of Jonglei state have been arrested.

Police say at least 38 individuals recently signed a petition critical of Antipas Nyok’s handling of state affairs. But the authorities instead decided to arrest the three.

According to the deputy police commissioner, the three are implicated as being the ring leaders of the petition against Nyok, the SPLM the interim party leader in the state.

“The real list comprises of 37 people, but the ring leaders are the three people who are now under detention,” Brig. Chol Deng Achiek told Eye Radio Tuesday night.

One of those arrested, Isaac Mamer, who spoke to Eye Radio from a police detention facility in Bor, claimed all the 38 are in detention for being critical of Nyok’s performance.

“He gave SPLM position to non-members of the party; he shut down the party office and blocked party members from accessing the party premises,”

The State Deputy Police Commissioner, Brigadier Chol Deng added that all the suspects will be arraigned in court after investigations are done.

“They will be referred to the attorney general and after that, they will be arraigned before court,” he added.

There appears to be an ongoing show of power between Denay Chagor, the state governor (SSOA), and Antipas Nyok, deputy governor (SPLM).