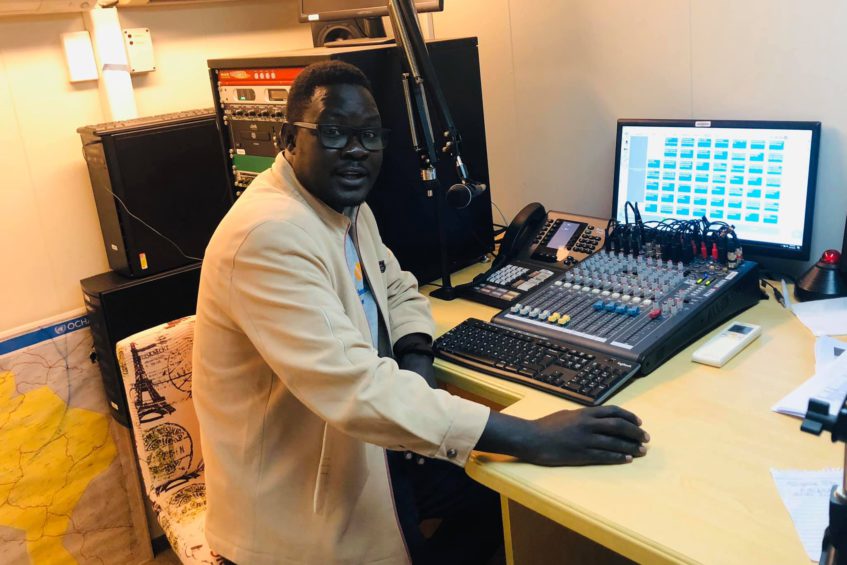 A journalist has been briefly detained by the Juba City Council authorities while covering a demolition exercise on Saturday.

Chuol Jany who works for the Radio Community was picked at around 2:30 while he was filming the demolition of some shops along the Hai Saura-Buluk road.

He reportedly spent more than five hours in a detention hall at the office of Mayor of Juba City Council.

According to Chuol he was first kept by the security in a Land Cruiser for about an hour and half before being taken to the City Council office where he spent over four hours.

Chuol says the security also confiscated his media gargets claiming that he did not seek permission for filming the demolition.

“I was put in a car for like one hour, then after one hour they drove me to their main office where I was detained for more than five hours, but later they released me without charges”, Chuol  told Eye Radio on Sunday.

This year alone at least 4 journalists were either briefly detained or have stayed in detention for months without charges or trial.

South Sudan ranked number 139 out of 180 countries in the annual press freedom index, dropping a place from last year’s ranking of 138.

According to RFS, several journalists have over the last two years sought refuge outside South Sudan due to lack of media freedoms.

It said journalists and media houses in South Sudan continue to exercise self-censorship following a spate of harassment, arrests, and intimidation by authorities.

However, the government has often insisted it accords freedom of the press in South Sudan.