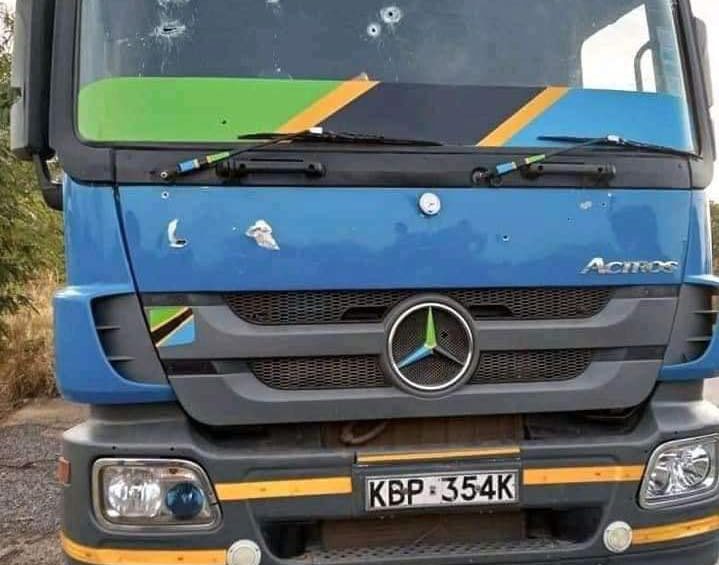 One of the trucks involved in Thursday's attack/Courtesy photo

The Kenya Transporters’ Association has advised its members to suspend travels into South Sudan following the killing of two drivers.

Two of the deaths are reportedly Kenyan truck drivers whose vehicles were burnt in the violence.

Two other drivers were reported missing by the Nation media in Kenya.

Following the incident, the Kenya Transporters’ Association advised its members to suspend services to South Sudan.

It says there is no security guarantee after reports of violent crimes against foreign drivers; such as killing and burning of drivers and setting ablaze of trucks.

The Nimule-Juba highway and Juba-Yei road have experienced recent spikes in road attacks.

The Kenyan Transporters’ Association says its truck drivers should immediately withdraw their services until such time security is guaranteed.

It also advised drivers already en route to South Sudan to arrange with their clients to collect goods at the Customs yard in Elegu border point.

Two days ago, the Ugandan parliament also demanded the government there to issue a travel advisory following reports of Ugandan truck drivers killed in road ambushes in South Sudan.