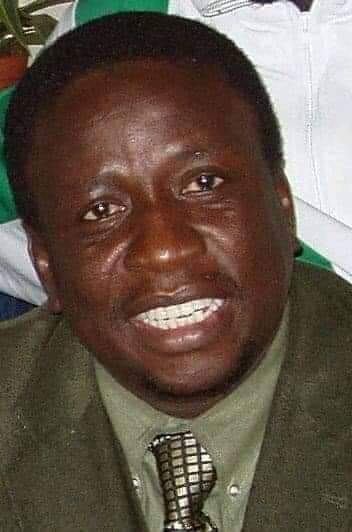 Derik Uya Alfred, the renowned South Sudanese artist, actor and drama writer, who died after a short illness in Khartoum on Tuesday was the former Minister of Information in Western Bahr El-Ghazel state - courtesy

Fans of Kuwato Dance are mourning the untimely death of the former director of the Kuwato Cultural Center and Troupe, Derik Alfred.

His death has left his fans, colleagues, and artists in shock.

The renowned South Sudanese artist, actor and drama writer, died after a short illness in Khartoum on Tuesday.

Derik also was the former Minister of Information in Western Bahr El-Ghazel state.

According to a family member, the deceased died of Kidney failure in a Khartoum hospital in Sudan, Tuesday evening.

Gabriel Ali Waraga says the late Derik Alfred was first admitted in a hospital on 15th October after a short illness.

Later on, his health deteriorated, which led to kidney failure.

“Derik got sick about two to three days ago and was admitted in the hospital, he was reported to be suffering from Kidney complications, but after sometime he was treated and discharged,” Gabriel told Eye Radio on Wednesday.

“On October 15th he got sick again and was admitted to the intensive care unit. They said that the disease was kidney because he was undergoing dialysis three to four times until his death yesterday [Tuesday].”

Some of his fans on social media shared condolences and tribute to the late Derik.

“The beautiful artist stepped down,” Atem Simon wrote on his page.

Abraham Mariak described the death of Derik as a tragedy.

“Oh, the sadness, oh the tragedy, your destiny. May God have mercy on you and forgive you, our noble master and teacher. Lord, your mercy is better than life,” Abraham wrote in his page.

“I am very sad for my untimely death. May your great soul rest in peace Derik Alfred,” another fan wrote on his page.

“We lost our great mentor and teacher Derik Alfred, he will be remembered among other things by his legacy as one of a few artists who decided not to leave the country but to resist and make sure that South Sudanese feels proud from their African heritage,” one of his students at ‘Kuwato Cultural Center and Troupe’ Jago Awang twitted.

The Late was born in 1962 in the Bussere area of Wau, in Western Bahr al-Ghazal.

He attended his basic and secondary education in Wau schools, then joined the Higher Institute of Arts and Theater in Khartoum.

After his graduation he became the director of the Kuwato Cultural Center and Troupe in Khartoum, Sudan.

Derik Alfred became well-known during his management of the Kuwato Cultural group in Khartoum in the nineties.

Kuwato is a cultural group formed in Khartoum as a model for a theater that called for peace and peaceful coexistence between the components of Sudanese society in the north and south.

After independence in 2011, he served as Minister of Culture, Information and Communication in Western Bahr El-Ghazal state.

The Late also served as a member of the Board of Directors of the South Sudan Broadcasting Corporation (SSBC).