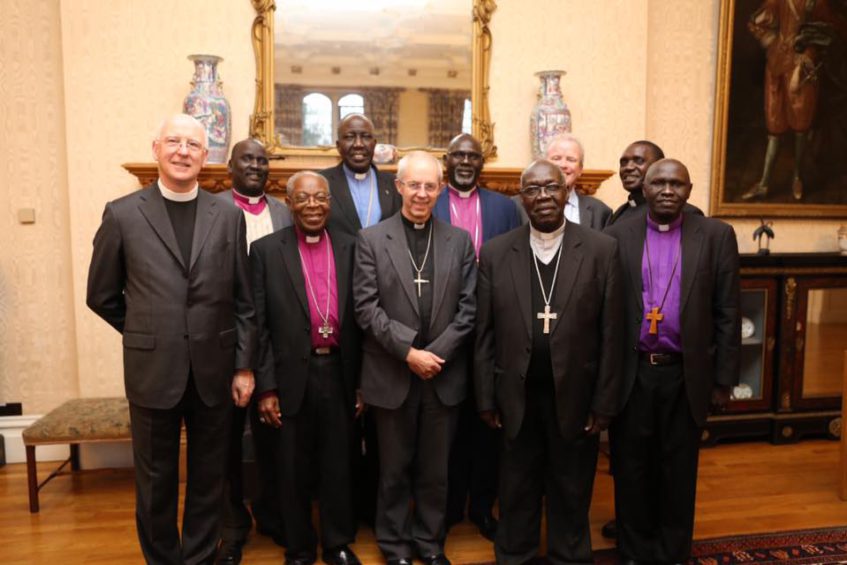 The late Emeritus Catholic Archbishop Paulino Lukudu Loro and the retired Anglican Archbishop Daniel Deng Bull have been awarded by Canterbury for their commitment to peace in South Sudan.

They are among over 30 individuals awarded for their outstanding contributions to the Church and wider society.

The late Paulino Lukudu was awarded the Hubert Walter Award for Reconciliation and Interfaith Cooperation “for consistently demonstrating exceptional commitment to the defense of human rights and contributing to peace and ecumenism in South Sudan, between  1983 and 2019.

The Archbishop of Canterbury, Justin Welby announced the recipients Wednesday.

They include scientists, musicians, academics, activists, peacemakers, doctors and clergy.

The recipients span the globe and the breadth of Church life, and beyond.

He says over the past few years, he had worked “closely with Archbishop Paulino and other South Sudanese leaders on the issue of peace and reconciliation in South Sudan.”

Meanwhile, the Most Reverend Daniel Deng Bul is also awarded the Hubert Walter Award for Reconciliation and Interfaith Cooperation.

It recognizes efforts he exerted in peace within the communities in South Sudan as the visible embodiment of peace-making in a hostile region, as well as his outstanding ability to mobilize different religious, political, and tribal groups for peace and reconciliation.

The 71-year-told Eye Radio that the award is for the work the church has been doing for peace in South Sudan.

“At least someone has been recognized in the name of South Sudan for the struggle to bring peace to this country,” said the retired ECSS Archbishop.

“As you know, we did not leave any stone unturned as a church looking to bring peace to this country. So I think because of that, recognition has been given to South Sudan.”

He says the recognition means there are people in the South doing “something that can help the people of this country.”

Bishop Daniel Deng Bull was replaced in 2018 by Arch-Bishop Justin Badi Arama as the new Arch-Bishop and Primate of the Episcopal Church of South Sudan.

Previously, the Canterbury recognized retired South Sudanese Bishop Paride Taban with a similar award in 2017 for his role in promoting reconciliation and interfaith cooperation in South Sudan.