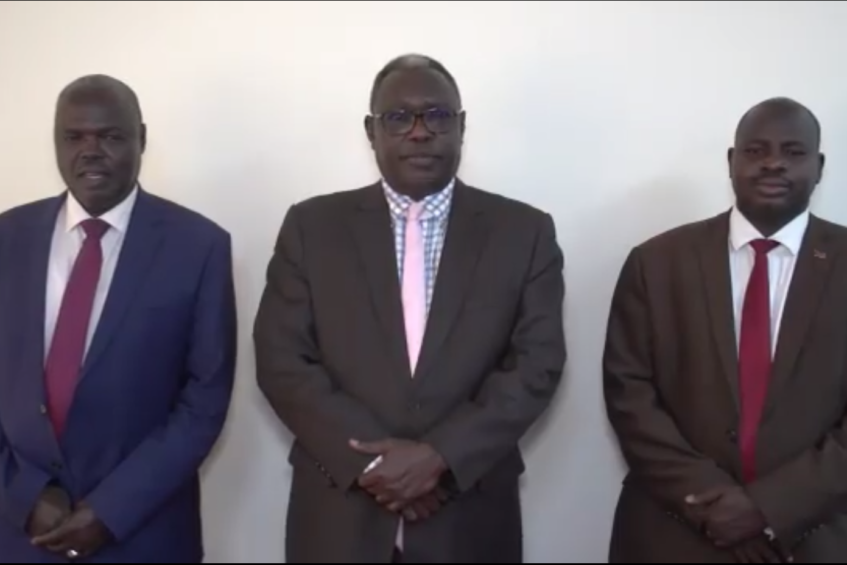 The governor of Upper Nile and his deputy have pledged to work together to address the underlying causes of insecurity in the state.

Governor Budhok Ayang and Tor Monybuny say they are engaging chiefs and other leaders to restore peace in the area.

The two leaders admitted that there have been tensions among communities over the administration of Makal County.

Two weeks ago, an armed assailant shot and killed three innocent civilians while welcoming the new governor at the state secretariat. The culprits have not been arrested.

This has created tension among communities in the state.

Governor told the state radio, SSBC that they are also speaking to religious leaders to advocate for peaceful coexistence.

“We have plans to organize dialogue with everyone, we believe that the chiefs are the backbone or an essential foundation of peaceful coexistence that can lead to healing and reconciliation within our communities,” Governor Ayang said, revealing that he has met with traditional leaders from the Chollo and the Nuer communities.

He added: “We must convince the chiefs because we came here to implement peace that we signed. So we have to implement it. We must speak to these chiefs every day and night to convince them that peace can result in better coexisting.”

In recent months, there have been reports of what religious leaders described as targeted killings in the Upper Nile state -especially in Malakal town.

These include the killing of an army general and a public prosecutor in Malakal town last year.

Ten traditional chiefs, including the Paramount Chief of Malakal, were also severely beaten by criminals in the town in October last year.

They had gone to address an impending land dispute near the airport when they were flogged.

For his part, the deputy governor James Tor Monybuny says his focus now is on ensuring the safety of every citizen in Upper Nile state.

“We shared the same concerns with the humanitarian partners because –as a government –we have limited capacity to respond to the need of every person, so we are now focusing on security,” Monybuny said.