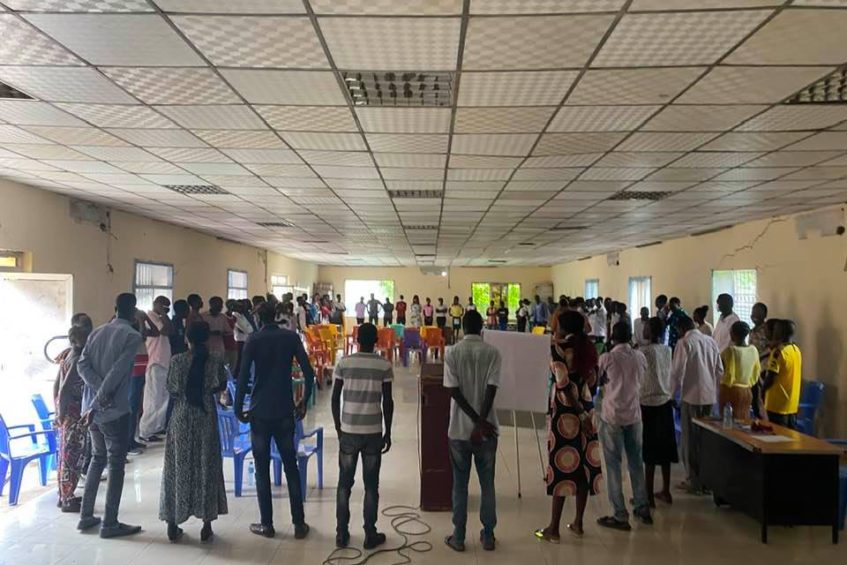 At least 80 youth in Malakal of Upper Nile State have been trained on trauma healing and resilience building for reconciliation in the state.

The training was aimed at providing practical tools for the youth to address cycles of violence in the families, communities and the nation at large.

“The objective of the training is for the youth to understand their own roles as the perpetrators of the violence and at the same time the victims.”

He stated that the training has also provided space for the youth to examine the link between the unhealed trauma and violence.

Some of the topics covered at the workshop include types of trauma, the causes and breaking the cycle of violence in the community.

According to Thor Chot, the healing journey discusses the four pillars known as ‘the four villages’.

He said the teaching was based on the STAR curriculum developed specifically for the South Sudanese audience.

“This is the STAR of truth telling, mercy, forgiveness and justice to improve relationships,” he continued.

He stated that the four pillars of the training will lead into the last village of reconciliation.

During the training, youth were given a self-care activity known as ‘the self – care wheel’.

One of youth who wants to be identified as Ayong said before the training, he has been struggling with aggressiveness.

“We have attended many training sessions on trauma healing but none has ever been facilitated in such a manner, Morning Star curriculum from today is my second bible,” Ayong explained.

Linda, was one of  youth who attended the training, said her dream is to travel to Rwanda to learn from the Rwandese experience.

“I just want to visit Rwanda one day. I think the Rwandan reconciliation process of truth seeking, justice and forgiveness is the best practice,” she pointed out.

The workshop on trauma healing was organized by the Youth and Women Advocacy Network (YAWAN) in collaboration with UNMISS civil affairs divisions (CAD).

The two-day workshop took place in Malakal town from the 6 and 7 October 2021.