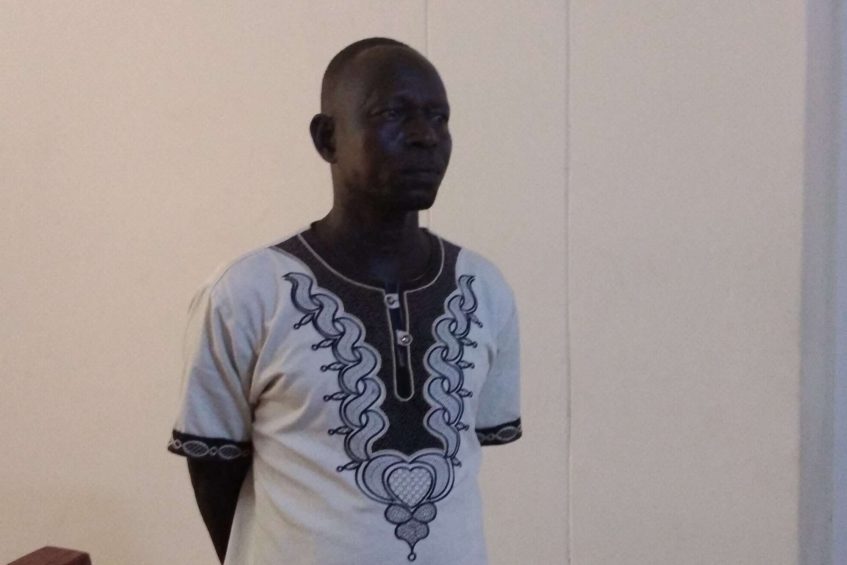 The Juvenile Court in Juba has sentenced a 41-year-old man to 7 years in prison for defiling his 10 year old stepdaughter.

According to the court, the convict Stephanou Arop Nykar, a sergeant in the SSPDF committed the crime at Jebel Dinka area in February this year.

Arop was living with his 10 years old stepdaughter under the same roof when he defiled her while the mother had gone to work.

However, on that same day, the grandmother to the 10 year old found the convict on the act who immediately reported the case to the mother.

In its findings today, the court found the convict guilty of sexually abusing the girl.

Judge Andrew Joshua Lado is the presiding Judge, he read out the verdict at the Juvenile court in Juba this morning.

“Convict Stephanou Arop Nykar, you are here by sentence to imprisonment for 7 years effected from today 19\11\2021according to section 247 read together section 63 of penal code 2008,” said Judge Lado.

“The convict must pay to the victim amount of 400,000 SSP as compensation to be paid through civil procedure.”

Reacting to the verdict, the mother to the little girl Nynok Baul said the man should have been sentenced to more years.

“I used to go to work and leave him with the children at home without doubting him because he is their father. I never expected such behavior from him,” said the mother of the child.

“I pray to God that this does not happen to any young girl who has not reached the age of maturity.

“If I had power over this court, I would wish that he would be sentenced to more years in prison, so that he does not commit such a crime again.”

According to South Sudan Section 247 of the 2008 Penal Code, whoever has sexual intercourse or carnal intercourse with another person below the age of 18 years shall not be deemed to be consent.

And upon conviction, shall be sentenced to imprisonment for a term not exceeding fourteen years and may also be liable to a fine.

According to the Judge, the convict has the right to appeal the judgement within 15 days.