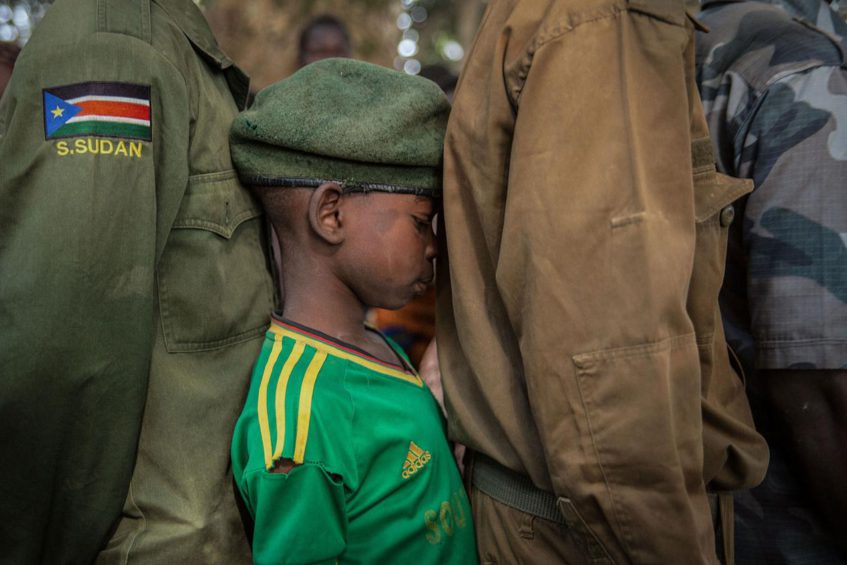 FILE: Newly released child soldiers wait in a line for their registration during the release ceremony in Yambio, South Sudan - courtesy

The United Nations Children’s Education Fund has welcomed the release of seven children associated with armed forces in Lakes State.

The teenage boys aged between 13 and 17 were released in a ceremony held in Rumbek on Thursday.

The release of the children comes a few months after the government extended the implementation period for the Comprehensive Action Plan to end all six grave violations against children up to 7 August 2022.

“The release of these children today demonstrates the commitment of authorities to ensure that the rights of children are respected. It fills me with hope,” the UNICEF Representative to South Sudan, Hamida Lasseko said in a statement issued on Friday.

The Comprehensive Action Plan was signed on 7 February 2020 and is the most comprehensive plan signed globally since the creation within the United Nations of the Children and Armed Conflict mandate.

Lasseko went on to say the release “is an opportunity for everyone across the country to work together to ensure that all children who are in the barracks are released”.

UNICEF disclosed that it was mobilizing resources to provide livelihood and economic reintegration for these seven children.

Recruitment and use of children are prohibited by South Sudan legislations and international treaties it has signed, including the Convention on the Rights of the Child and its Optional Protocols.

In 2019, UNICEF said there were still about 19,000 children associated with the armed groups across the country.