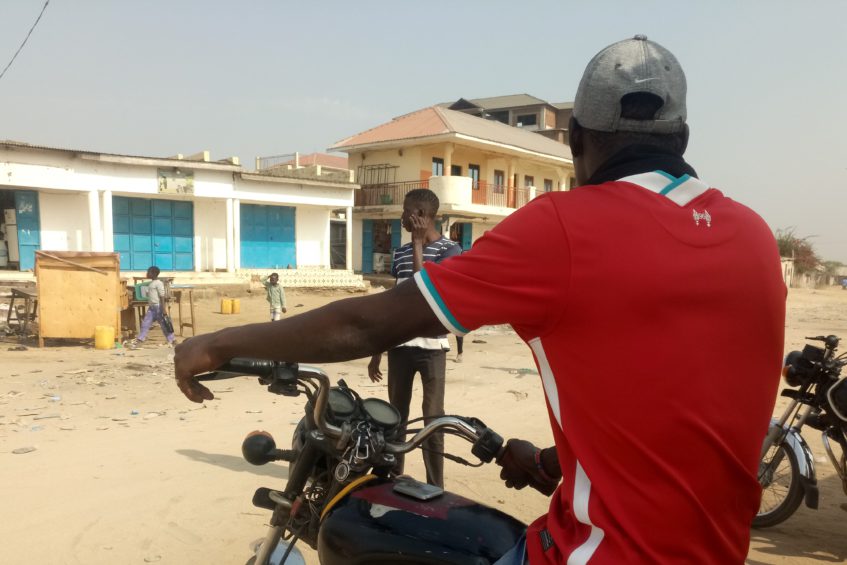 A lieutenant in the Traffic Police says he has abandoned his job for a boda-boda business to provide for his family.

The 32-year-old man who prefers to be identified only as Isaac graduated from Rajaf Police Training College in 2016 with a specialization in forensic lab – an art of investigating criminal-related incidents.

After embarking on boda-boda business in 2019, Isaac is now earning more than 6,000 pounds in a day -which he uses to feed his family.

“The best thing to tell you is, that it feeds my children in the house,” Isaac told Eye Radio.

Being a lieutenant in the Traffic Police, the father of six, says he used to earn about 3,000 pounds as his monthly salary, which came irregularly.

Shortly after graduation, Isaac was deployed to the Directorate of Traffic Police headquarters in the capital Juba.

Because of his competence, Isaac was, however, assigned in 2018 to regulate the movement of vehicles and passengers around the congested Konyo-konyo area.

But Lieutenant Isaac says lack of incentives and salary delays forced him to abandon his profession.

Until January 2021, some motorists have raised concerns over what they called ‘continued harassment’ by traffic police officers in the capital, Juba.

The majority of motorists say traffic police officers constantly extort and coerce them to pay bribes.

Isaac admits that he also took part in extorting money from passengers along the roads in Juba.

“I can’t lie. I have done all these bad things to the people. If you do not look after your child well, what do you expect him to do? He steals,” he lamented.

One of the responsibilities of the Traffic Police is to ensure safety on the road and make sure that every vehicle that plies on the road is following the rules.

But due to poor working conditions, some of the officers allegedly engage in criminal activities, including night robberies.

Observers have blamed the crimes committed by soldiers and police officers on poor pay and the bad economy.

In 2018, President Salva Kiir accused the police and other organized forces of being behind night robberies in Juba and other towns in the country.

Kuol Manyang, the then minister of defense, had earlier described the members of organized forces as weak-hearted for using their weapons to terrorize civilians.

To prevent bribery and extortion, Isaac believes the government must pay all organized forces regularly.