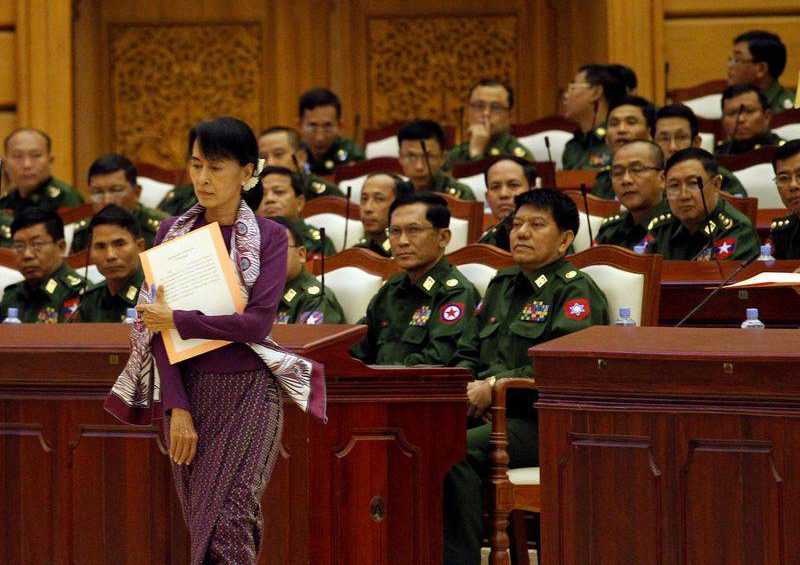 The United Nations has strongly condemned the detention of top political leaders and government officials, including State Counsellor Aung San Suu Kyi and President Win Myint in Myanmar, by the country’s military.

“These developments represent a serious blow to democratic reforms in Myanmar”, the UN said.

The military has declared one year state of emergency and placed all elected and appointed leaders in detention. It announced that the army commander-in-chief is now in charge.

Under Myanmar’s Constitution, the commander-in-chief (of Myanmar’s Armed Forces) is his own boss, he doesn’t report to the civilian leader or president. He also can’t be fired.

In a statement issued by his spokesperson on Sunday, Secretary-General António Guterres also voiced “grave concern” regarding the declaration of the transfer of all legislative, executive and judicial powers to the military.

The detentions and the seizure of power took place on the eve of the opening session of Myanmar’s new Parliament.

They followed days of escalating tensions between the government and the military in the aftermath of last November’s general elections.

Aung San Suu Kyi-led National League for Democracy (NLD) claimed an overwhelming victory in the polls, securing over 80 per cent of the seats, according to media reports.

However, the military and some political parties disputed the results, alleging that the polls were marred by irregularities.

According to media reports, the detentions started in the early hours of Monday (local time), with political leaders held in Yangon and other cities across Myanmar, and soldiers said to be out on the streets and at prominent landmarks.

Phone lines and internet are also reported to have been cut in capital Nay Pyi Taw and the commercial hub of Yangon. National television is also said to be offline.

In the statement, the UN chief called on Myanmar’s military leadership to “respect the will of the people and adhere to democratic norms”, and to resolve any differences through peaceful dialogue.

“The 8 November 2020 general elections provide a strong mandate to the NLD, reflecting the clear will of the people of Myanmar to continue on the hard-won path of democratic reform”, the statement noted.

“All leaders must act in the greater interest of Myanmar’s democratic reform, engaging in meaningful dialogue, refraining from violence and fully respecting human rights and fundamental freedoms”, it added.

The Secretary-General also reaffirmed the unwavering support of the United Nations to the people of Myanmar in their pursuit of democracy, peace, human rights and the rule of law.

November’s polls were only the second democratic elections in Myanmar since the end of nearly five decades of military rule. The first elections, in 2015, were also won by NLD.

Analysts say Aung San Suu Kyi, the de facto leader of Myanmar and a Nobel Peace Prize winner, has little if any control over the country’s military forces in the country.

The military junta, which ruled the country with an iron fist from 1962 until 2011 — arresting democracy advocates including Suu Kyi, imposing martial law and killing protestors — still controls the security forces, the police and key cabinet positions in the government. And there’s nothing Suu Kyi can do about it.