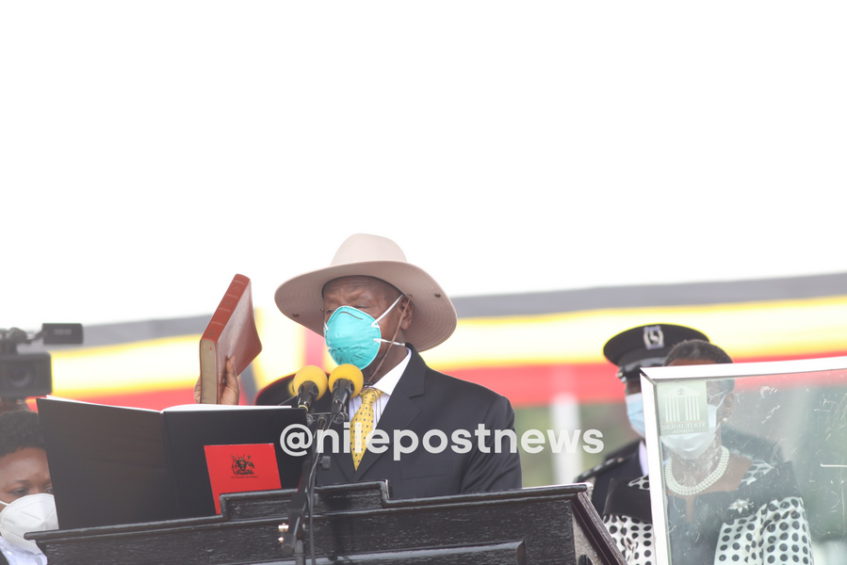 Yoweri Tibuhaburwa Museveni has been sworn into office for the sixth term as President of Uganda.

In a ceremony attended by Heads of State and governments, Museveni took the oath after his win was reaffirmed by the Ugandan electoral commission.

“I, Kaguta Yoweri Museveni, swear in the name of the Almighty God that I will pay allegiance to the Constitution of Uganda. That I shall faithfully exercise the function of the presidency of Uganda and that I shall promote the welfare of the people of Uganda. So help me, God.”

He then took the instruments of power, including the constitution, the national flag, the presidential standard flag, the national anthem, the National Court of Arms, and the public seal from Uganda’s Chief Justice Alfonse Owiny-Dollo.

His main rival was young musician-turned-politician Robert Kyagulanyi also known as Bobi Wine, who came second in the contested elections.

South Sudan President Salva Kiir is among 11 other Heads of State who are in attendance at Kololo Ceremonial Grounds in Kampala.

This will extend his rule to 40 years.

Over 4,000 guests are attending the ceremony.