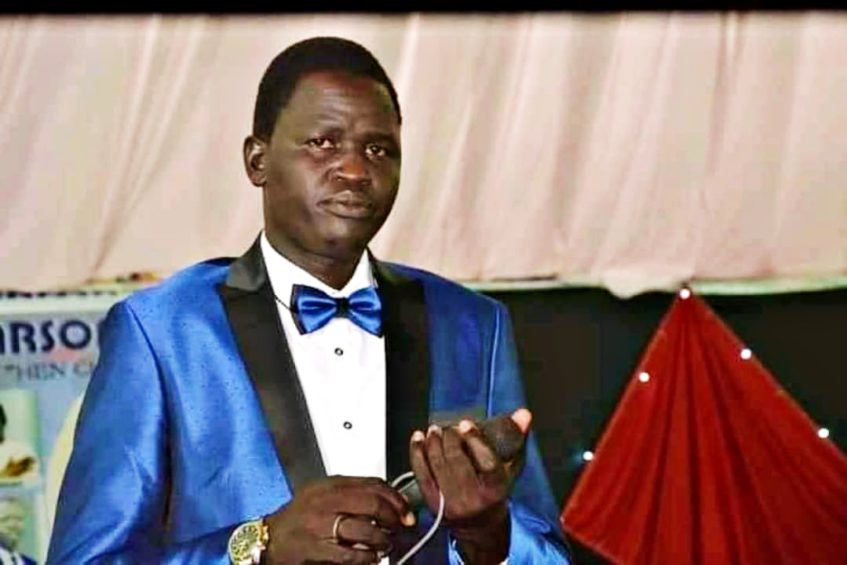 Musician Larson Angok Garang. The NSS says he is also an officer of the CID that arrested him. Credit|Larson Angok

The office of the Director-General of the Internal Security Bureau just issued a rebuttal saying the reports are aimed at “tarnishing the good reputation and image of the National Security Service.”

It said Angok was instead apprehended and detained by the Criminal Investigation Department [CID] where it said Mr. Angok is a member of the police service.

Even while under detention, Mr. Angok’s Facebook account was active with updates on his condition, alleging that the NSS were responsible for his arrest. 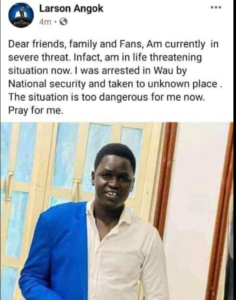 Some of his close associates later shared a picture of Angok in a police landcruiser reportedly being transferred to Juba.

Others claimed he is being kept at the Blue House, the National Security Service Headquarters in Juba.

However, the NSS in a press briefing this afternoon termed the reports as “misinformation issued by negative personalities.”

It warned that “any person or group of people who blatantly engage in defamation of the NSS shall be punished in accordance with relevant laws of the country.”

It further threatened to hold anyone accountable “anytime, anywhere [for] falsely accusing the NSS with the intention to damage the reputation and reduce public confidence in the service.”

It is not clear on what grounds Larson Angok was arrested by his “mother unit.”

His fans believe the arrest is connected to his latest songs that reprimand the leadership of the SPLM and the lack of services from the government.

One of his song criticizes the SPLM for what Angok describes as “abandoning its children for other people’s children.”

It is widely seen as a reference to the inclination by President Salva Kiir to employ people who previously served under former Sudanese President Omar al-Bashir, at the expense of those who fought the liberation war with the SPLM.

Another song is critical of the lack of salary for civil servants, and especially the condition of the members of the organized forces. 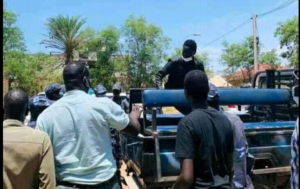 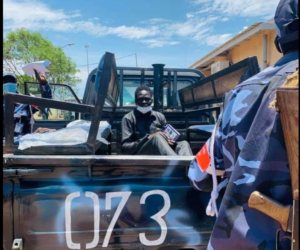