Who is Samia Suluhu, Tanzania’s first female head of state? 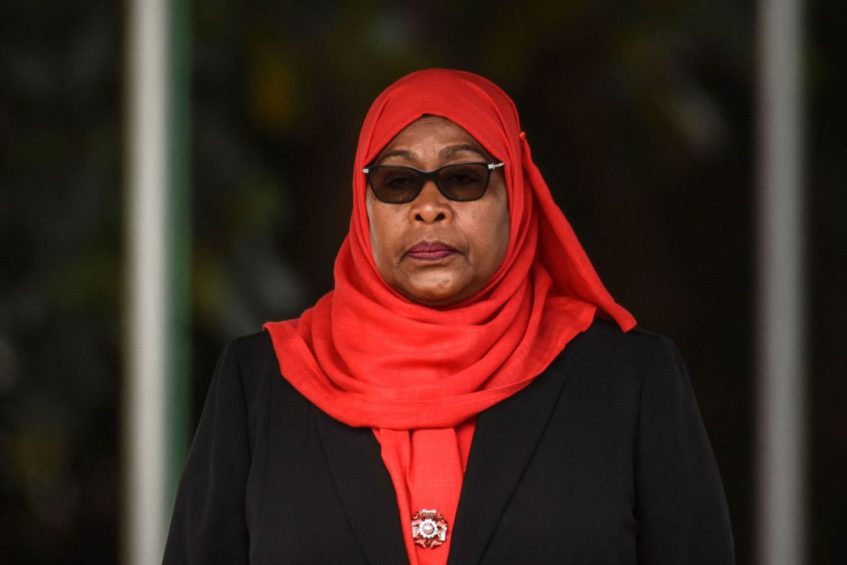 Samia Suluhu Hassan has made history as the first female president of Tanzania.

She was sworn in by Chief Justice Ibrahim Juma at State House Dar es Salaam on Friday, March 19, 2021.

“I, Samia Suluhu Hassan, promise to be honest and obey and protect the constitution of Tanzania,” the 61-year-old took the pledge today before dignitaries in a short ceremony.

On Wednesday evening, she –as the Vice President of Tanzania –announced to Tanzanians and the world that President John Pombe Magufuli had died.

Under the Tanzanian constitution, Mama Samia –as she is popularly known –will serve the remainder of Magufuli’s second five-year term, which does not expire until 2025.

Those who know her have described the new leader as “a good listener who believes in following procedures” but also “the most underrated politician in Tanzania”.

“I have observed at close quarters her work ethic, decision-making and temperament. She is a very capable leader,” said January Makamba, an MP who worked with her while she was vice-president.

Samia Suluhu was born on January 27, 1960, in the Sultanate of Zanzibar.

She completed her secondary education in 1977 after secondary school education, she was employed by the Ministry of Planning and Development as a clerk.

According to the BBC, in 1978 Samia Suluhu married Hafidh Ameir, who is known to be an agricultural academic but has since kept a low profile.

They have four children. One of the kids is a special seat member of the Zanzibar House of Representatives.

In 1986, Samia graduated from the Institute of Development Management (present-day Mzumbe University) with an advanced diploma in public administration.

Between 1992 and 1994, she attended the University of Manchester and graduated with a postgraduate diploma in economics.

In 2000, she decided to run for public office. She was elected as a special seat member to the Zanzibar House of Representatives and was appointed a minister by President Amani Karume. She was re-elected in 2005 and was re-appointed as a minister in another portfolio.

In 2010, Samia sought election to the National Assembly and won by more than 80%.

President Jakaya Kikwete appointed her as the Minister of State for Union Affairs.

In 2014, she was elected as the Vice-Chairperson of the Constituent Assembly tasked with drafting the country’s new constitution.

In 2015, she obtained her Master of Science degree in Community Economic Development via a joint-program between the Open University of Tanzania and Southern New Hampshire University.

The same year, she was the surprise choice for a running mate when President Magufuli nominated her, leaping over several other more prominent politicians in the ruling Chama Cha Mapinduzi (CCM) party.

Samia Suluhu Hassan is now the sixth president of Tanzania, the first female president in the East African region and the first Muslim woman to lead a country in Africa.

She is also the only other current serving female head of state in Africa alongside Ethiopia’s President Sahle-Work Zewde, whose role is mainly ceremonial.

Here are some other prominent female presidents Africa has ever had:

Monique Ohsan-Bellepeau – Acting President of Mauritius, after the resignation of Sir Anerood Jugnauth – November 2010 to April 2016.