Over 100 medical personnel go on strike at Juba Teaching Hospital 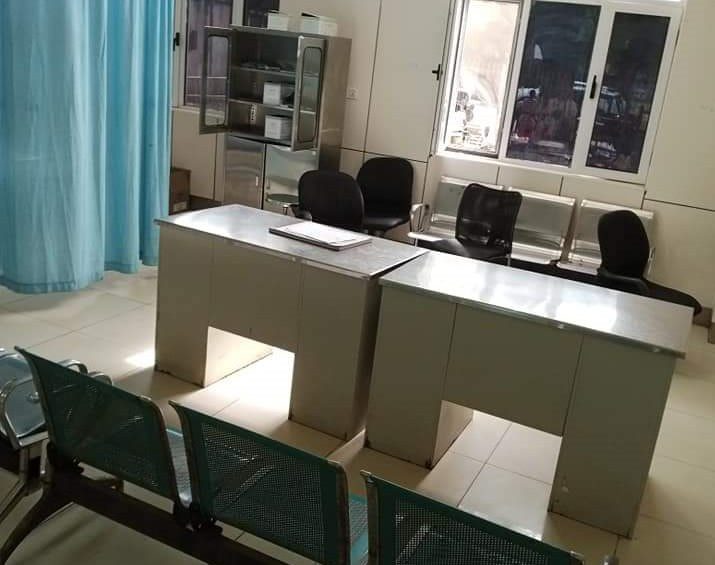 A section of Juba Teaching Hospital that has been abandoned by the striking doctors. Photo credit: Curtesy

Doctors and health workers have gone on strike at the Juba Teaching Hospital over salary arrears.

The medical personnel laid down their tools on Thursday indefinitely, demanding the government to pay their COVID-19 incentives and other unpaid arears.

The sit-down strike has reportedly left several patients into squalid conditions as they remain unattended to.

According to some of the health workers, the government through the Ministry of Health has not been paying them since January this year.

The medical workers also disclosed that the hospital lacks disposable nitrile gloves, face masks and other essential drugs necessary to save lives of critically ill patients.

The health workers say they will not resume work until their demands are made.

“The strike will continue for an indefinite period of time until our demands are made”, a doctor who spoke in a state of anonymity told Eye Radio.

He argued that the hospital has no excuse but to pay their dues.

The clinical officer stated that the Juba Teaching Hospital gets a lot of money from patients who often seek their services.

They also outline some demands, including payment of incentives, accommodation, feeding while on duty, and the provision of personal protective equipment.

“There is allowances for covid-19 that were earmark to them, they were expecting a pay for the last seven months but that pay has not been made”, the doctor stressed.

Health professionals who are on strike include, medical doctors, clinical officers, nurses and midwifery and lab officers.

Eye Radio contacted the Undersecretary at the Ministry of Health several times for comment, but the calls went answered.

In August this year, clinical officers and interns at the accident and emergency department went on strike demanding unpaid allowances.

The over 80 health professionals said insufficient work-related security, accommodation, transport, and other benefits are some of the challenges they face.

According to Doctors Union, health professionals in the country are paid too little, with no benefits and retention packages.