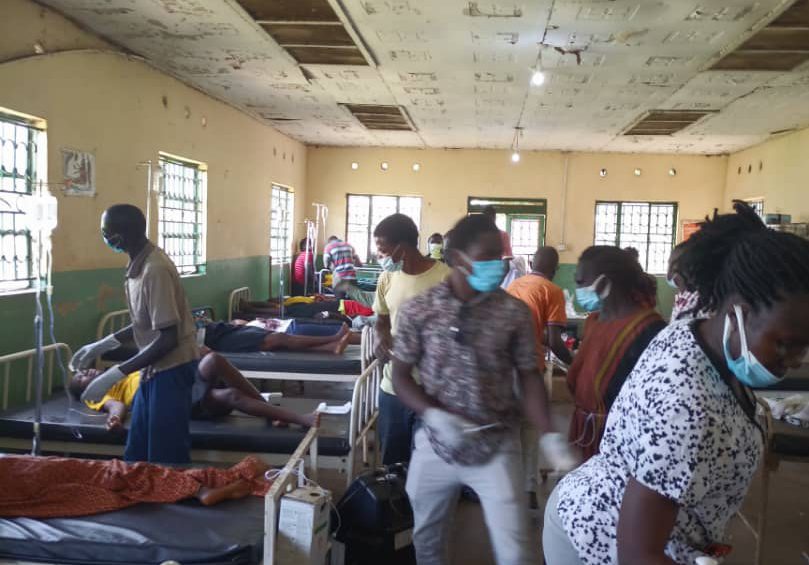 This was revealed by the Vice President for Service Cluster, Hussein Abdulbagi during the Cabinet meeting in Juba.

On 29th September, the Ministry of Health and W.H.O launched a mass drug administration campaign in Ibba county of Western Equatoria targeting children between the ages of 5 and 16.

During the campaign, children in schools were given the deworming tablets called Praziquantel against Bilharzia.

This left about 130 school children hospitalized after swallowing the Praziquantel, which was provided by the ministry and the World Health Organization.

On Wednesday, Hussein Abdelbaggi made a one-day visit to Ibba County together with some health officials and examined the exact cause of the illness.

The report also says some of the children took the medicine into an empty stomach.

Michael Makuei is the Minister of Information and official government’s spokesperson.

He says the drugs were administered to the school children without clear medical prescription.

“Some of the children were just given medicine without knowing first what their capacity is” Makuei said while addressing the press after the cabinet meeting on Friday.

“That medicine before it is administered you are supposed to have food but some of the children took it with empty stomach they did not eat any food and as such the overreaction of the medicine brought about that”, he says.

Some parents in Ibba says the oral tablets were administered by selected teachers and community drug distributors based on the height and physical appearance of each child.

However, the national Ministry of Health had said surveys were conducted in 80 counties where 51 turned to be endemic and were marked for mass drug administration.

It added that about 1.5 million children in 51 counties were targeted in different phases of the deworming drug administration campaign across South Sudan.

Michael Makuei stated that the cabinet has endorsed for a different committee to be instituted to thoroughly investigate the incident.

“We need the final report from the ground so that necessary actions are taken in order to prevent the happening of such things again in the future”, Makuei adds.

According to the Ministry of health, the first phase of mass drug campaign is being administered in seven counties of Western Equatoria, three counties in Eastern Equatoria and one county in Western Bahr El Ghazal State.

The World Health Organization believes that the Schistosoma worms also known as Bilharzia is found in Africa, South America, Middle Eastern countries, the Caribbean and parts of Asia.