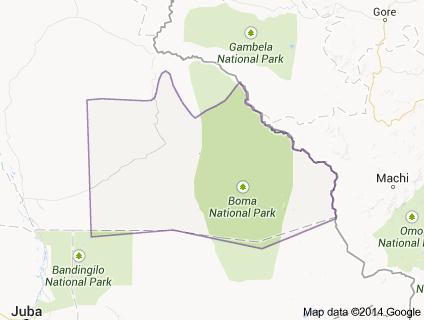 An official has welcomed the appointment of the new Chief Administrator for Pibor Area.

Last evening, President Salva Kiir fired Joshua Konyi from the position after assuming the job 11 months ago. He was replaced by Lokali Ame Bullen.

Konyi was appointed during the restructuring and formation of the state governments in February 2020. He took over from David Yau Yau.

Before his appointment, Joshua Konyi served as the Commissioner of Pibor County.

The Presidential decree did not explain the reasons for his removal. Konyi’s replacement served as the Secretary-General of the SPLM in Pibor since 2005.

Lokali Ame Bullen was also the Security Advisor for Greater Pibor Administrative Area. He was a member of the Legislative Assembly of the defunct Boma state.

The Secretary for External Affairs and Public Relations in Pibor Administrative Area, David Ngiro, says they expect the new administrator to restore security in Pibor area.

“We expected the new Chief Administrator to do much to make sure there’s security stability within Pibor town and with its neighboring states,” Ngiro told Eye Radio.

Pibor Administrative Area has continued to witness attacks from neighboring communities as a result of cattle raiding, child abductions, and revenge killings.

On Wednesday, representatives of regional and continental organizations said they are worried that the violence could evolve into similar incidents witnessed in early 2020 when thousands of fighters from Jonglei and Pibor areas conducted attacks on villages, killing and wounding hundreds of civilians.

The violence, they stated, has led to increased displacement and the suspension of humanitarian operations where food was being distributed.

They urged the government to speed up the establishment of the local administrative structures.