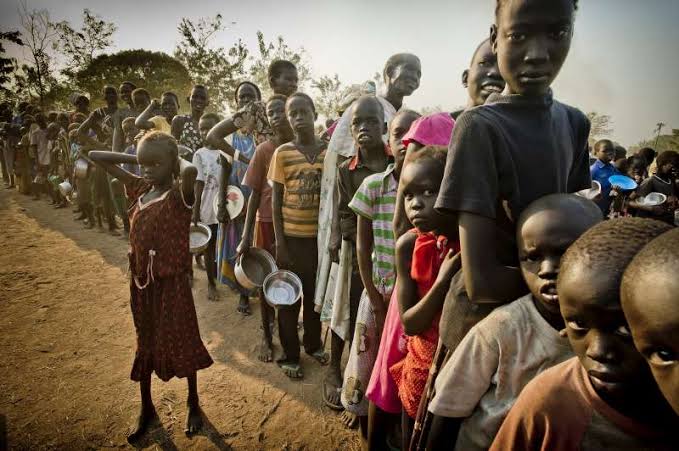 The visiting self-proclaimed prophet has prophesied that South Sudanese will see a new dawn next month.

Since then, over 400,000 lives have been lost, over two million people displaced, six million others starving, infrastructure destroyed, economy worsened, hopes dashed, and implementation of a peace deal riddled with disagreements and lack of political will.

The leaders, according to various reports, use the conflict to steal billions of dollars as the ordinary citizens suffer.

TB Joshua told a gathering yesterday during a prayer at the presidential palace that the country will enter a new year and a new beginning in December unless he is not a true prophet.

The Nigerian televangelist said even without the peace agreement, his God is about to do something for South Sudan…

“Take your pen and write. I am here to prophesy to the nation. Next month we talking of December, this country is going to enter a new year and a new beginning whether you like it or not, whether I like it or not,” he announced.

“Agreement does not matter to whatever God is about to do. If I’m a prophet, this will not go without fulfillment.”

However, some of his ‘prophecies’ have come to pass unfulfilled.

In 2016, TB Joshua predicted that Hillary Clinton would win the US presidential election.

He told his congregation that he “saw” a woman winning.

After Donald Trump won the election, he deleted the prophecy which he had also posted on his Facebook page.