You are here: Home  |  Featured | News   |   Referendum idea is “dishonest and disingenuous”

Referendum idea is “dishonest and disingenuous” 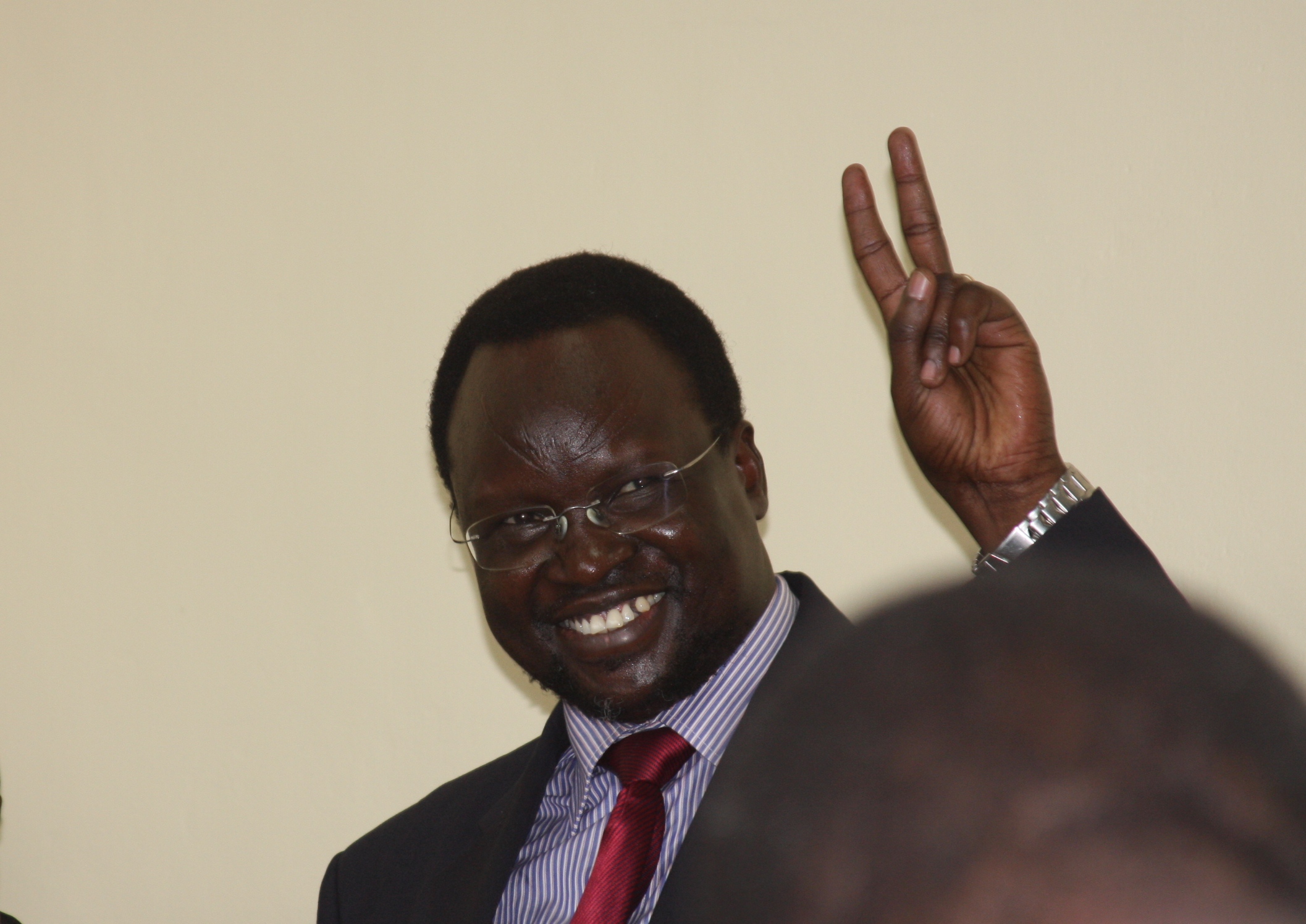 Dr. Majak D’Agoot, in the dock in 2014. He and several other leaders were accused of trying to overthrow the Kiir administration Dec 2013 | Credit | Eye Radio

An SPLM Leader has criticized the suggestion to end the disagreement over the number of states and their boundaries through a referendum.

On Friday, the government said referendum is the only way to break a deadlock over

This came after the peace parties ended a three-day meeting without an agreement on the number of states, casting a shadow over efforts to end the impasse.

Recently, the two principals-President Salva Kiir and opposition leader Dr. Riek Machar extended for the second time the pre-transitional period by 100 days to allow for the completion of the remaining tasks.

The number and boundaries of the states are among the tasks that were meant to be completed within the pre-transitional period.

“The president shared his concern with the members of cabinet and all of whom spoke in favor of 32 states,” Dr. Martin Elia, minister of Cabinet Affairs, “and that only a referendum can reverse the structures currently in existence to avoid crisis and even insecurity that may even jeopardize the implementation of the peace agreement.”

He added that the government will not reverse its position on the number of the states.

However, Dr Majak Agoot argues that this is not possible because a great number of South Sudanese have been uprooted from their homes.

There are over two million people in the neighboring countries, mostly Uganda, Kenya and Ethiopia, according to the UNHCR.

“A referendum conundrum @Southsudan born to decide on the No. & boundaries of states is either dishonest or disingenuous,” Dr. Majak asked in a tweet.

“In Upper Nile, a significant portion are refugees. Who will vote then? The Jieng? Will it be credible?”

A referendum conundrum @Southsudan_born to decide on the No. & boundaries of states is either dishonest or disingenuous. Why? In Equatoria, a 1/3 of population are refugees. In Upper Nile, a significant portion are refugees. Who will vote then? The Jieng? Will it be credible? https://t.co/mGdYZM0yFZ

Las week, a coalition of civil society groups suggested 21 colonial districts a temporary transitional solution to the disagreement over the number of states.

President Salva Kiir created the 32 states in 2015, without consulting the people. He claimed it was a popular demand.

But recently, Dr. Elia revealed that it was a political move to counter the SPLM-IO’s suggestion of 21 states.