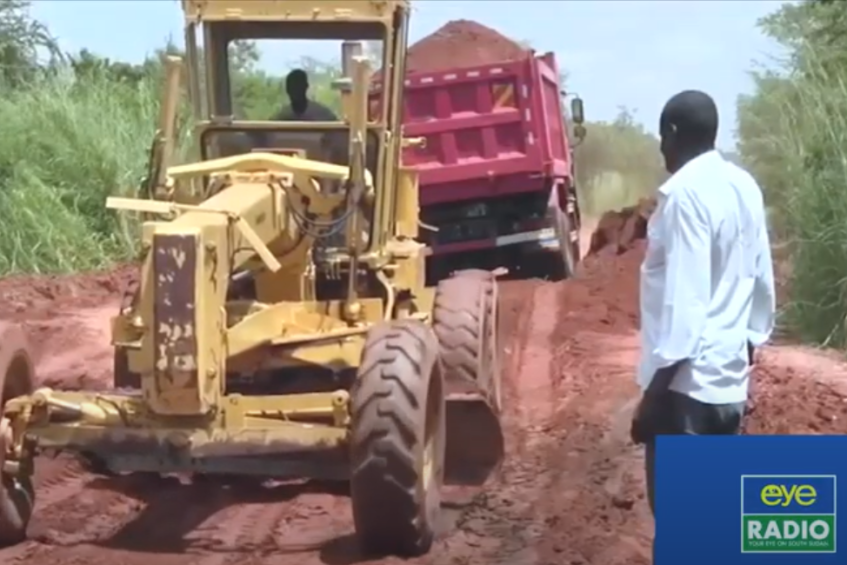 The Managing Director of Rhino Star Construction says his company will continue rehabilitating feeder roads despite a lack of measurable support from the government.

“Many people sometimes ask why I’m implementing government’s projects for free, but I often ask them to define who is the government?” he said.”The government is you and me.”

Atem claims his company depends on fuel donations from well-wishers, including individuals in the government and development organization to pave roads.

One of the roads his company is currently rehabilitating is the Mundri-Maridi road.

It previously paved the all-weather road connecting Western Equatoria state to Lakes state -even with no financial support from investors or the government.

“If you do a good job for the people of South Sudan, God will bless you. Because the vulnerable person will be taken to the hospital on this road,” Mr. Atem told the state television SSBC.

Additional roads already constructed are the Yambio-Kerika-Mundri road. Then the Terekeka-Yirol road, and Rumbek-Wau-Tonj road. And also the Kuda-Rokon-Lui-Mvolo road network.

Atem argues that the interstate roads that are not included in the government’s master plan are important for the facilitation of humanitarian assistance, connect farms to markets, and enabling the government carryout its duty of service delivery.

“The WFP will deliver food using this road, UNICEF and the government will also use this road to deliver medicines to the needy.”

Rhino Star Construction Company has for years been struggling to rehabilitate the Juba main Bridge that is in a dilapidating condition.

The company has not been able to secure the necessary funding from the government to complete the repair of the inbound and outbound lanes.

“So roads are very important, and we must do the job by ourselves. This is our country, and no one will build it, except us,” Atem concluded.