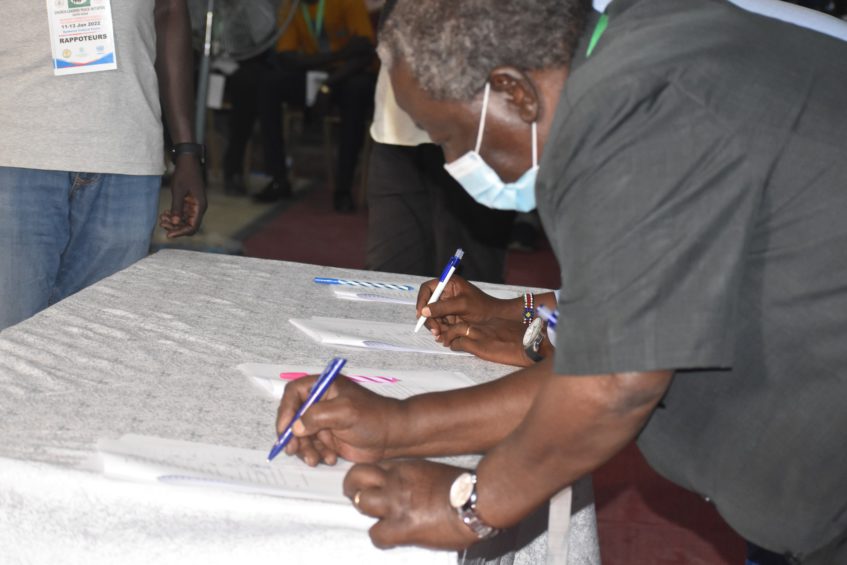 The Mundari community in Central Equatoria State have resolved to use non-violence approach to settle their differences after years of sectional conflicts.

The decision was reached in Juba yesterday at the end of a three-day peace and reconciliation conference organized by religious leaders.

This week, delegates from the ten payams of Terekeka County, gathered in Juba to discuss a lasting solution to the several years of sectional violence among the community.

The conference attended by women, youth from cattle camps, traditional and political leaders of Mundari renewed a meaningful interactions among the  divides since 2017.

Among the resolutions drawn, include members refraining from utterances that may incite violence among the community.

Pitia Moses is a member of the Mundari Community Peace and Reconciliation Conference Secretariat.

“The delegates therefore strongly calls for immediate refraining by every Mundari individual from utterances that only help to fuel conflicts among the Mundari”, Pitia read out the resolutions on Thursday in Juba.

In August last year, fighting broke out between Tali and Kobura sections of the Mundari which left over eight people dead and more others displaced.

Similar conflict were reported in 2020 which led to the displacement of thousands of people into Juba and its surrounding areas.

However, the delegates call for dialogue among their leaders.

“The delegates strongly deplore and condemn any further attempts to incite and agitate for conflicts among the Mundari communities whether at individual or clan levels” he added.

Recently, religious leaders in Central Equatoria had attributed the causes of Mundari sectional violence to scramble over grazing land, cattle raiding, harboring wrong doers and instigations of violence by the area politicians.

Some of the participants who attended have also accepted to create a path of life in their communities.

“We have agreed to coexist as one people from Terekeka. We are eating together. All those issues that happed either last month or last year, we have leave it because we are now in peace”, Modul explained

According to David Wani Boma the Chief of Tombek Payam in Terekeka County, the government need to regulate on the amount of bride price in the area.

This, he believes has been one of the main custodians to the conflict among the Mundari community.

He stated that, young men who often marry have to raid cattle to settle marital demands due to lack of enough bride requirements.

“Let the government issue an order to reduce the pride price at least it should be 50 cows. Number two people have suggested that the raider is arrested, he should be imprisoned for two years and pay a fine of 10 cows”, Mr. Boma suggested.

The three-days conference was organized by the church leaders peace initiative and Central Equatoria State Government with support from CEPO, Whitaker Peace and Development Initiative and UNMISS.

It was under the theme “May they all be one” – a biblical verse cited from gospel of John.