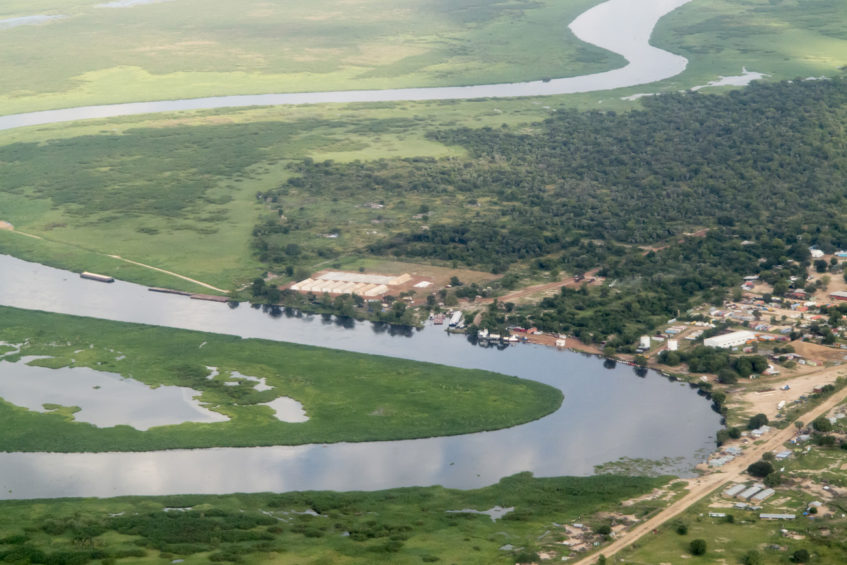 aerial view of nile river and town in south sudan

An Ethiopian diplomat has urged South Sudan to ratify the Nile Basin Treaty to ensure the country benefits from its share of the Nile water.

“We are calling South Sudanese and the officials here to ratify that agreement so that future problem will be averted, and South Sudan needs to have it equitable share within it,” said Ethiopia’s deputy head of mission in South Sudan.

The Comprehensive Framework Agreement, also known as the Entebbe Agreement, has been signed by six out of the 10 Nile Basin Initiative states.

The treaty is a partnership among the Nile riparian states that “seeks to develop the river in a cooperative manner, share substantial socioeconomic benefits, and promote regional peace and security.

It applies to the use, development, protection, conservation and management of the Nile River Basin and its resources and establishes an institutional mechanism for cooperation among the Nile Basin States.

Ethiopia, Kenya, Uganda, Rwanda, Tanzania and Burundi have already signed the treaty, while the Democratic Republic of Congo is expected to sign.

But South Sudan and Eritrea are yet to ratify it. Egypt and Sudan have strongly opposed the Entebbe Agreement.

However, the upstream countries said they were “tired of first getting permission from Egypt before using river Nile water for any development project like irrigation.”

Egypt controls the flow of the Nile River based on a 1929 colonial-era agreement between Egypt and Britain.

Ethiopia’s Deputy Head of Mission in South Sudan says it is time for Juba to join the neighboring countries in demanding an equitable share of the Nile resources.

“Now economically we are disadvantaged; we don’t have the possibility to build a mega project but when time and opportunity permit, every country would want to use its natural resources,” Birhan stated.

In 2020, the Office of President told Eye Radio that it is not yet time for South Sudan to claim its share of the Nile waters.

It stated that South Sudan was still preoccupied with implementing the revitalized peace agreement.

But during the visit of the Egyptian President to Juba in June last year, South Sudanese demanded that the country joins any treaty or discussion on the equitable distribution of the water resources.

The Nile Basin is shared by 280 million people across 11 countries, but many in the region face a water deficit.