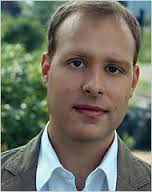 A senior journalist with the New York Times says the international community feels the people of South Sudan have not learned from the past.

Nicholas Kulish told Eye Radio that the world is extremely concerned about the conflict in the country.

“I think the world feels so much responsibility for South Sudan. I think that countries like the United States and others that supported independence for South Sudan feel that they have a stake to see the country succeed,” Mr Kulish told Eye Radio.

“The idea of the lost boys is one of the most present in American imagination,” he said.

Mr. Kulish said nations including the United States have been taken aback to see fighting erupt in South Sudan once again.

“For most people, the idea was that South Sudan will get its independence and then people will be happy, work and make the country stronger. So yes it was a big surprise,” he said.

The international community is putting pressure on the negotiating teams in Addis Ababa to resolve the crisis.