Seven people killed in an attack on Pigi 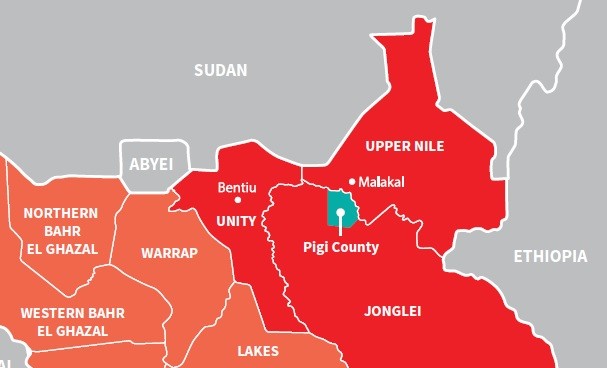 Seven people have reportedly been killed in cattle-related fighting in Pigi County of Jonglei state.

He said the attack happened Monday midnight in Wulet Payam.

Six people, including a 65-year-old woman, were killed.

The residents were reportedly asleep during the surprise attack by the raiders.

“The youth who were within the area repulsed the attackers and killed one of the attackers. They pursued them for more than 3 hours, ” said Commissioner Nyok Lual Miyiik.

“This recent attack took place in an area called Maat which is under Wulet Payam. They also kidnaped a number of children.”

He added that the wounded person has been transferred to Malakal hospital by the MSF for further treatment.

The UN Mission in South Sudan says cattle-related killings and revenge attacks remain the biggest security challenge in South Sudan since the decline of political violence.