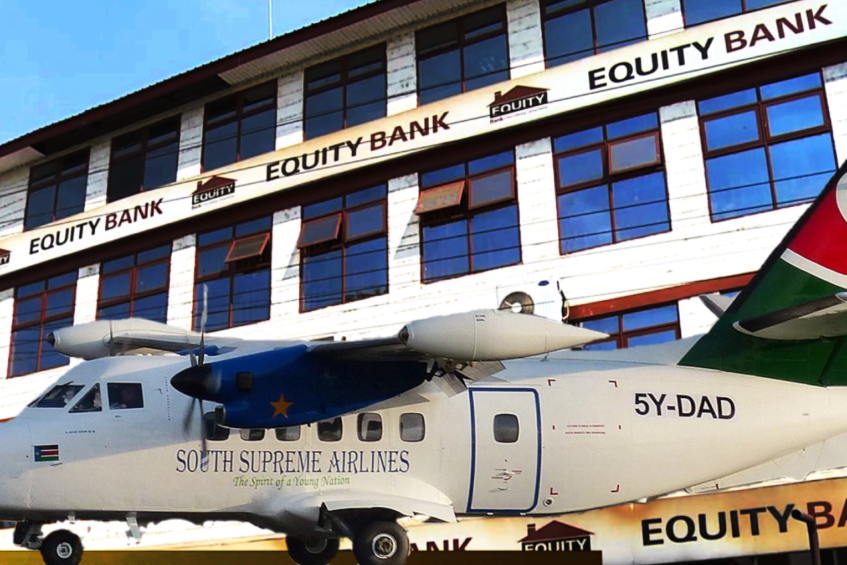 South Supreme Airline and Equity Bank took a combined sum of $8.1 million from the 3% share meant for communities in oil-producing areas.

The privately-owned South Supreme Airline is among companies and entities that have illegally benefited from money meant for oil-producing states in South Sudan.

A report by the Auditor-General revealed that communities in Ruweng Administrative Area, Unity and Upper Nile states lost over $17 million in just one year to unauthorized companies.

“Is this company a shareholding of the Ministry of Finance, is that their share in the management of Supreme Airline?” a legislator asked.

“Why do we pay $4 million to Equity Bank, are we partners to Equity Bank? Is the ministry of finance finding that Equity bank is a bankrupt and they want to back it up?” inquired Honorable Nelson Lomatta, a member of the Council of States who studied the report of the Auditor-General on Wednesday.

The Auditor-General said it could not find substantive reasons for these payments and the people behind the companies.

In 2015, the Central Bank also paid $36,824 to the World Bank for unknown contractual services.

Only $571, 228 was left in the account for the communities in the oil-producing areas.

The Auditor-General’s report further shows only $1.9 million was given to communities of Melut, Maban, Renk and Ruweng Administrative Area.

The South Supreme Airline, Equity Bank and the rest of the entities mentioned in the report do even not operate in oil-producing areas.

“These percentages would have change the current situation in Greater Upper Nile –both the 2% and the 3% for governmental projects and communities development,” said Honorable Joseph Aban Deng, a representative of Upper Nile state at the Council of State in Juba.

Hon. Aban wondered why the previous state governments never followed up on their money for over 4 years.

But the Special Audit Report disclosed that all payments and transfers were made without written authorization from the concerned State Governors, State Ministries of Finance, and without the notification of the Council of State.

Honorable Nelson Lomatta lamented the level of corruption exposed in the report.

“This [report] is only about the 5% played with here in their hands…suppose the 95% of our revenue is audited, I think some of us will become mad,” he stated.

The Members of the Business Committee of the yet-to-be reconstituted Council of States passed the Auditor-General’s report for further action.

“The international community has…put South Sudan on the top of the most corrupt countries, it is [because] of this explanation given in this audit report that we are really corrupt, and it is very unfortunate,” Hon. Lomatta concluded.