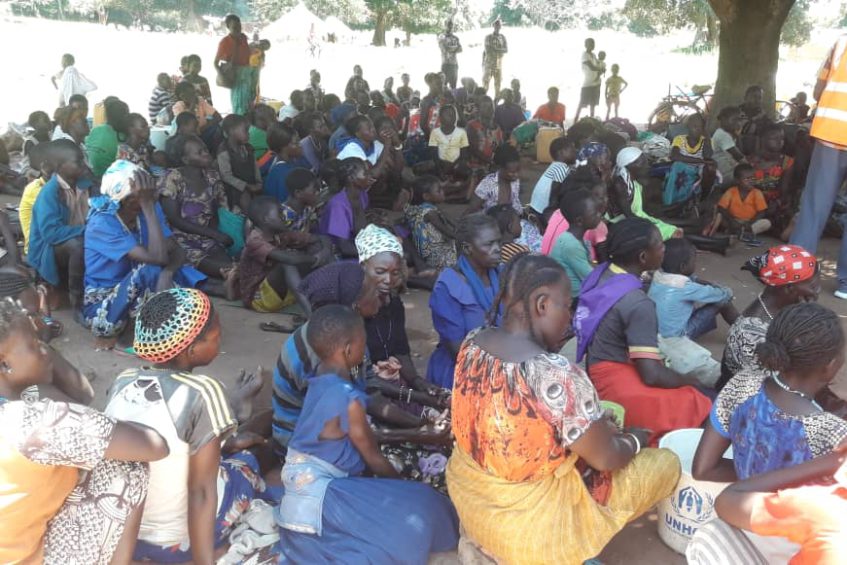 Hundreds of the internally displaced women and children arrived in Ezo County from Tambura on Tuesday, August 24, 2021 | Credit | Mustafa Bona

The IGAD, UN Mission in South Sudan and R-JMEC have warned of further conflict in Western Equatoria State if the unity government does not intervene in the ongoing violence in Tambura County.

The restive area has been experiencing sub-national violence since June this year.

According to local authorities there, fighting first broke out between an armed group and a faction of the SPLA-IO forces – leading to the death of over 200 people, undisclosed number of people wounded and nearly 80,000 displaced.

Last week, the UN Office for the Coordination of Humanitarian Affairs estimated that among the displaced, about 45,000 people fled to Ezo County, with thousands of others sheltering at churches and schools in Yambio town, Nagero, Namutina, Wau, Nzara and Moso, and others fleeing to the neighboring Central African Republic.

The displaced persons, religious leaders, traditional leaders and civil society activists have repeatedly called on both the state and national governments to look into the matter, but nothing or less has been done to end the violence.

A joint statement released on Sunday by the regional body IGAD, peace monitoring mechanism R-JMEC, representative of the African Diplomatic Community, Norway and UNMISS suggest that Tambura violence may escalate if the national government remains silent about the atrocities being committed there.

They say there is an imminent risk that further escalation will endanger vulnerable populations, exacerbate the dire humanitarian situation, and threaten successful implementation of the 2018 revitalized peace agreement.

After visiting the devastated Tambura last week, the IGAD, diplomatic missions and peace monitoring bodies say that the conflict can only be addressed through the full peace implementation, unification and deployment of forces,

They are calling for urgent and immediate cessation of hostilities and welcoming the decision of withdrawal of fighting forces from the area.