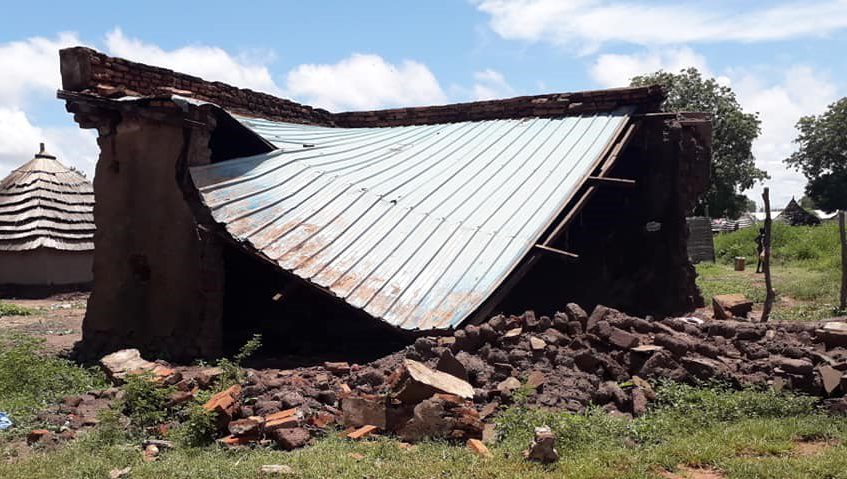 A house collapsed on the family of three in Kuajok on Saturday night, September 18, 2021 | Credit | Courtesy

A three-year-old child has reportedly died after a house collapsed on him during flooding in Kuajok, Warrap State.

The boy, identified as Kuel Akuei, was sleeping with his parents when the house collapsed on Saturday night.

The boy’s mother and father are reportedly in critical condition.

According to the former Speaker of the defunct Gogrial state, four other people were also injured after their houses collapsed.

Ariech Mayar told Eye Radio that over 600 households have so far been affected by an intensified flooding in the area.

According to the UN Office for Coordination of Humanitarian Affairs or UNOCHA, an estimated 380,000 people have been affected by flooding in six states since May – with Jonglei and Unity the most affected.