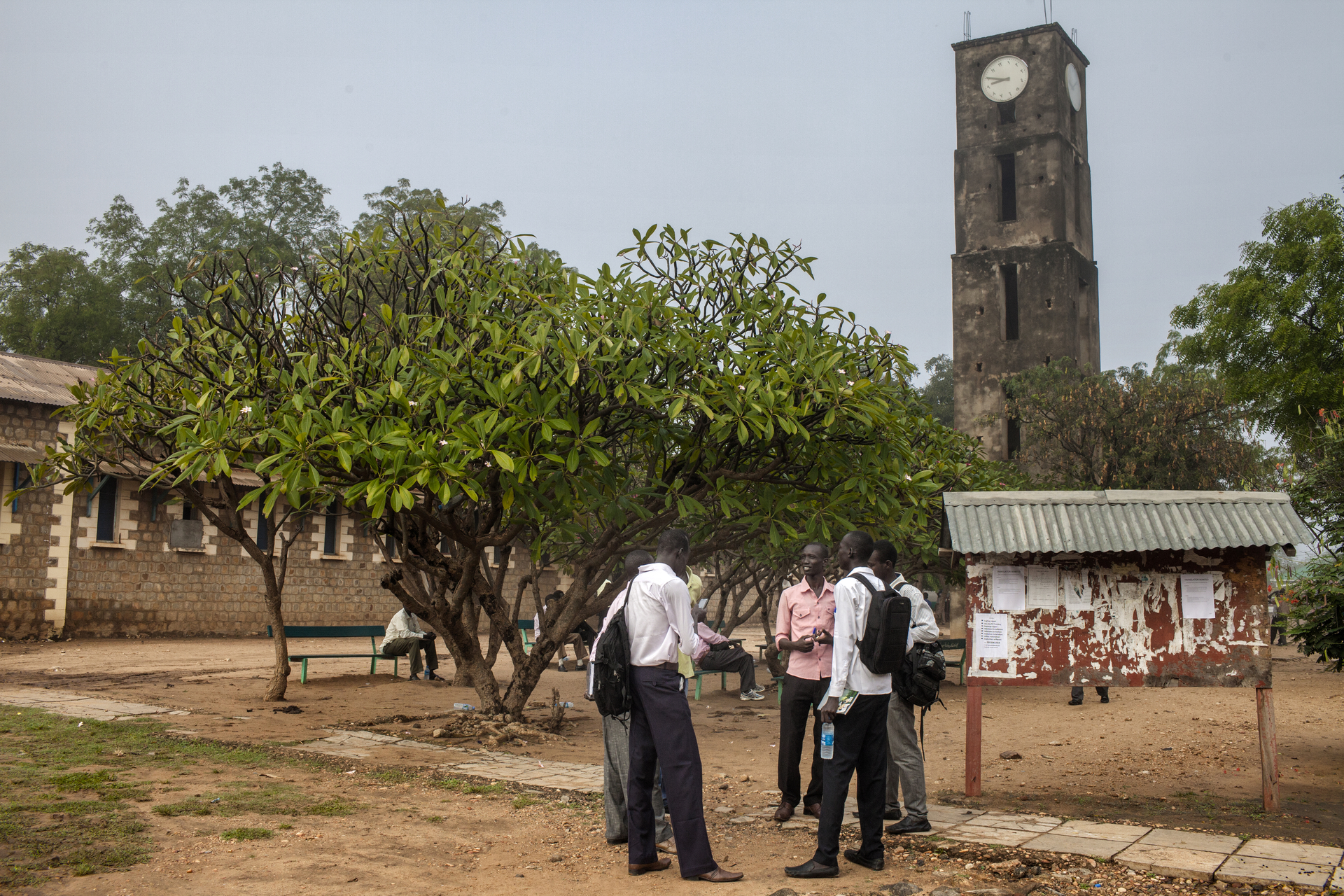 Students at the University of Juba. PHOTO// Marco Di Lauro

The administration of the University of Juba has banned student political activities, days after the students staged a peaceful protest against an increase in the tuition fees.

The students who said the demands by the administration to increase fees from SSP 50,000 and SSP 86,000 was not cognizant of the economic hardship they are going through.

Students of the University of Upper Nile based in Juba also joined in on the protest.

“The new fees are too much for [our] parents and guardians to afford,” the students argued.

In response, the management of the University of Juba said it would not reverse its decision to increase tuition fees despite the outcry.

It followed with an order banning of all political activities by students within the campuses.

The letter also directed all persons and security organs concerned to implement the order “until further communication [is] released from the university administration.”

Reacting to the order, Marko Agiu, the Information Secretary of the SPLM Student’s League at the University of Juba said they are holding on to see what the national government will say or do about the issue.

“We are waiting for the last decision from the government. [But] We respect the decision which has come from the University until we can resolve this problem,” Mr. Agiu said.

Attempts to reach the other students’ political groups were not immediately successful.