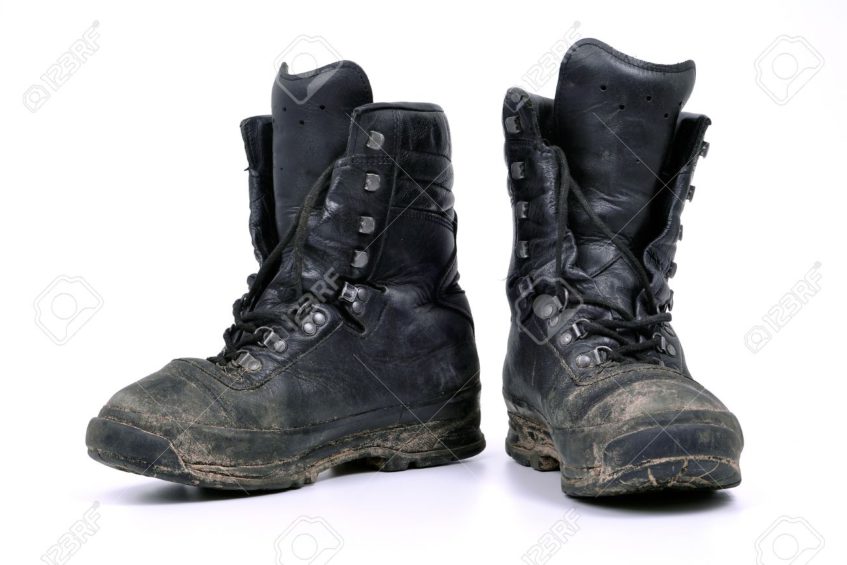 The quarrel was triggered by similar army boots | Courtesy picture

A soldier in Eastern Equatoria State will soon be hanged for murdering his drinking buddy recently.

The High Court in Torit condemned James Lako Korbi to death on Monday for attacking and killing Albert Michael, a game warden, during a drunken quarrel two months ago at Naguro, Kapoeta.

Albert had taken Korbi’s combat boots, with the promise of paying for the pair later, of which he didn’t. Korbi was by then a soldier under the SPLA-IO forces in the area.

The two, according to the court, were friends and used to deal in charcoal trade to meet their needs.

Korbi then removed his gun and shot Albert three times – in the leg, chest and stomach – killing the 49-year-old instantly, an unnamed bar attendant told the court.

The court heard that the 30-year-old man opened fire in the heat of the moment.

The judge asked the deceased family in accordance with the constitution if they wished to pardon the murderer or accept blood compensate or agree to maximum sentence.

However, the victim’s family refused to mitigate the sentence and asked for maximum penalty.

“Upon their appearance, they rejected the customary blood compensation, and asked the court to have  James Lako Korbi hung by the neck until he is dead,” Judge Obaj Denyong Anyong told Eye Radio.

The South Sudan Penal Code 2008 states that whoever causes the death of another person commits the offence of murder, and upon conviction be sentenced to death or imprisonment for life, and may also be liable to a fine.

However, it also allows the deceased’s “nearest relatives” to opt for customary blood compensation.

This grants the court the power to reduce death sentence to imprisonment for a term not exceeding ten years.