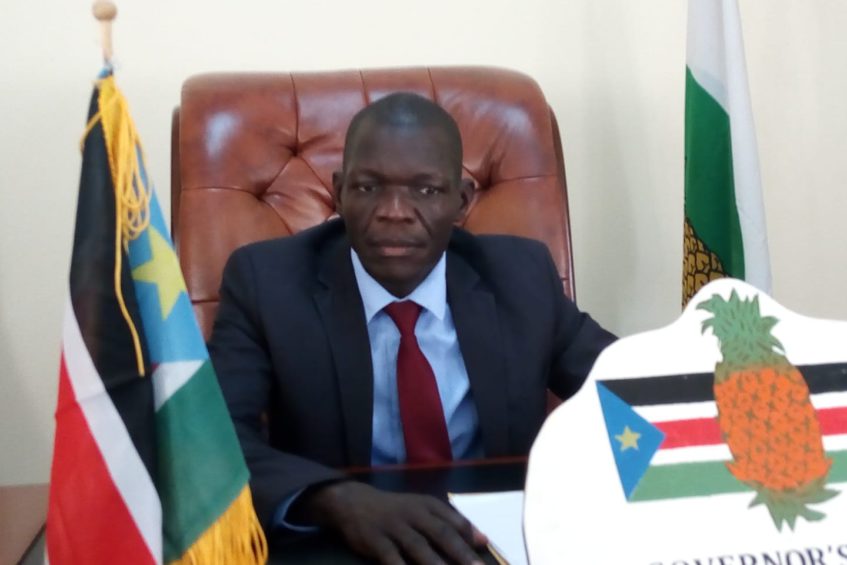 Two SSPDF soldiers in Western Equatoria state have accused the bodyguards of the state Governor Alfred Futuyo of attempting to kill them in Yambio town.

The two are among a group of SPLA-IO officers who defected in 2019 and are now under Division 6 of the SSPDF.

Lieutenant Colonel Bafuka John alleges that he and his colleague were attacked on their way to the army barrack in Yambio town on Tuesday last week.

He claims they were shot at by the bodyguards of Governor Futuyo after he went to a nearby shop to buy airtime.

The governor was appointed last year after nominations by the SPLM-IO.

Bafuka and his colleague said they were previously under the command of Governor Futuyo before the signing of the revitalized peace deal.

When contacted by Eye Radio, the Press Secretary in the office of the Governor confirmed the incident.

Alex Digi, however, said Bafuka and his colleague had blocked the road and shoot at the governor’s bodyguards who were visiting a colleague recovering from the coronavirus in Yambio.

Mr. Digi further said the bodyguards of the governor reported the incident to the police, but Bafuka and his colleague are yet to do the same.

He also indicated that the governor’s bodyguards that were involved in the shootout have been suspended, pending an investigation.