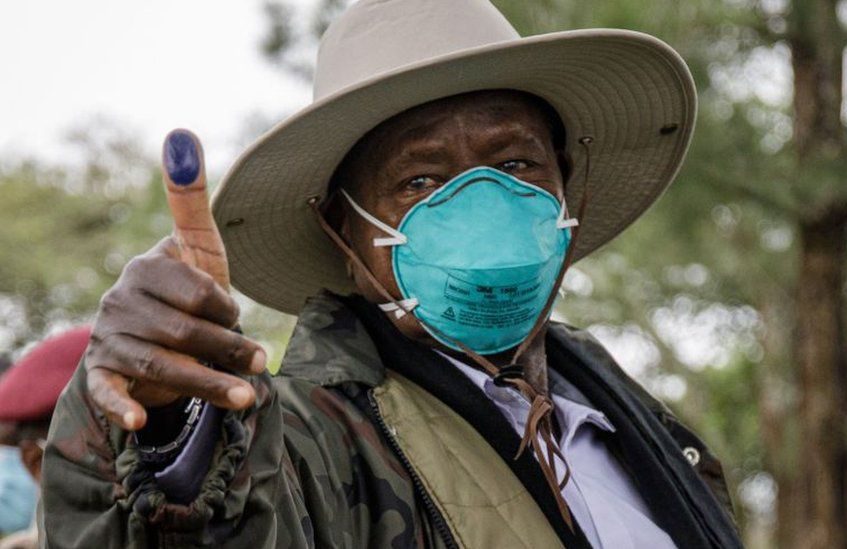 Mr Museveni, who came to power on the back of an armed uprising in 1986, will extend his reign by five more years/AFP

Uganda’s long-time President Yoweri Museveni has been declared the winner of the 2021 presidential election.

According to the country’s electoral commission, Yoweri Museveni won the race with 58.64 while his main challenger Robert Kyagulanyi — known by his stage name Bobi Wine came second, with 34.83 percent of total votes.

Museveni, 76 will serve another five years, extending his reign to nearly 40 years.

He first came into power through a guerrilla war in 1986. He went on to win all the country’s past elections, although his four-time challenger Dr. Kizza Besigye accused him of rigging some of the votes.

The party formed only last year won eight of nine constituencies in the capital Kampala.

The poll followed one of the most violent campaigns in years, with harassment and arrests of the opposition, attacks on the media, and the deaths of at least 54 people.

Thursday’s election took place in an apparent calm but under the oppressive presence of soldiers and riot police and an internet blackout which has now entered its fourth day.

However, Wine has alleged widespread fraud such as ballot-box stuffing and said his party agents had in some places been beaten and chased away from polling stations.

The country’s electoral commission however has dismissed allegations of vote-rigging.

But election monitors say confidence in the count has been damaged by a three-day internet outage.

About 50 people were killed last November during violence in the run-up to the election.

Opposition politicians have also accused the government of harassment.