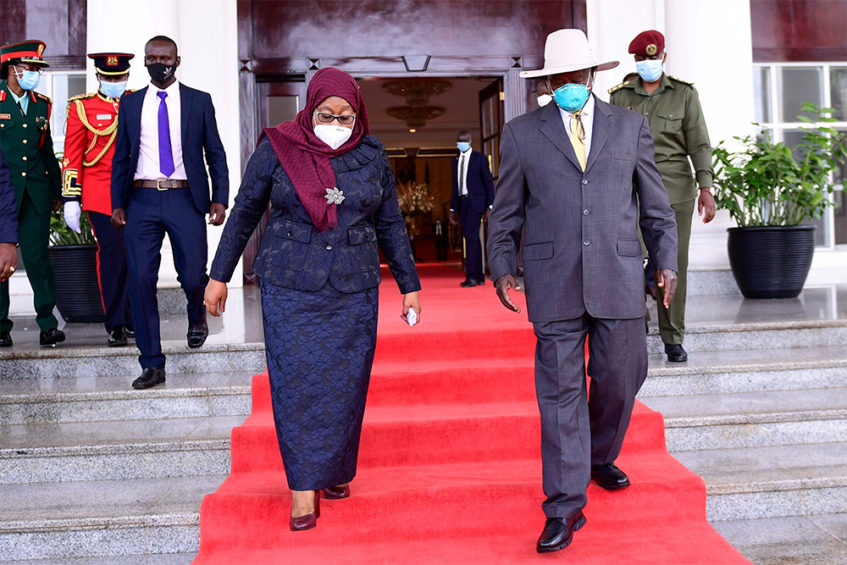 Uganda, Tanzania and oil firms Total and CNOOC on Sunday signed agreements that will kickstart the construction of a $3.5 billion crude pipeline to help ship crude from fields in western Uganda to international markets.

The signatories have now agreed “to start investing in the construction of infrastructure that will produce and transport the crude oil,” said Robert Kasande, permanent secretary at Uganda’s ministry of energy.

Ugandan President Yoweri Museveni and Tanzania’s new leader Samia Suluhu Hassan, on her first official visit, attended the signing of the three accords that included: a host government agreement for the pipeline, a tariff and transportation agreement and a shareholding agreement.

Uganda discovered crude reserves in the Albertine rift basin in the west of the country near the border with the Democratic Republic of Congo in 2006. Government geologists estimated total reserves at 6 billion barrels.

However, the landlocked east African nation needs a pipeline to transport the crude to international markets.

The planned East African Crude Oil Pipeline (EACOP), with a length of 1,445 kilometres, will run from the oilfields to Tanzania’s Indian Ocean seaport of Tanga.

Uganda’s crude is highly viscous, which means it needs to be heated to be kept liquid enough to flow.

Total has said EACOP could potentially be the longest electrically heated crude oil pipeline in the world.

“It’s a very large project, one of the largest we should develop on this continent,” Total’s CEO, Patrick Pouyanné said, adding they expected oil production to commence in early 2025.