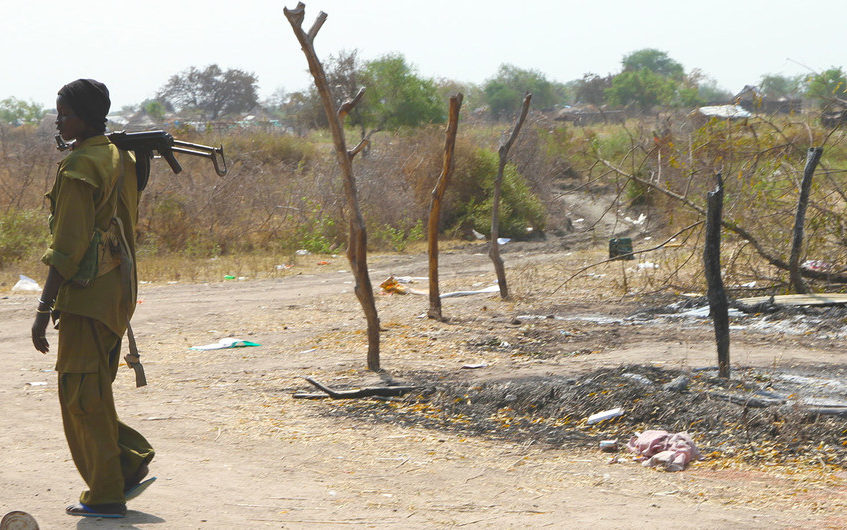 An armed individual in the town of Pibor, which has seen violent clashes and confrontations that have resulted in displacement as well as destruction of livelihood and property | Cecilia Attefors/OCHA

The UN Mission in South Sudan and the Office of the High Commissioner for Human Rights are calling for punishment of leaders enabling communal conflicts in South Sudan.

The two UN bodies believe there are politicians and military leaders supporting community-based militias in the greater Jonglei region.

In a joint report released on Monday, UNMISS and UN Human Rights Commission revealed that organized and heavily-armed militias carried out planned and coordinated attacks on villages across the state and the Greater Pibor Administrative Area between January and June 2020.

It indicated that during the violence, thousands of fighters, dressed in a mix of military and civilian clothing attacked villages in broad daylight, indiscriminately killing people with machetes, knives, AK-47s and, on some occasions, rocket-propelled grenades.

They say more than 700 people were killed, 320 wounded, 686 women and children abducted, and at least 39 women were raped in the conflict over the six months.

The UN report further identified at least 50 traditional chiefs and spiritual leaders, as well as military and political elites, who may have directly or indirectly supported the community-based militias involved in the violence.

The government has, however, disputed the involvement of SSPDF personnel in the attacks and the allegation that political and administrative elites supported the community-based militias.

It condemned the alleged crimes committed in Greater Jonglei and expressed a desire to punish anyone involved.

In the report, titled, Armed Violence Involving Community-based Militias in Greater Jonglei, UNMISS and the UN Human rights commission recommends that all state-owned weapons should be kept in secure storage facilities to prevent theft and to ensure that members of government forces cannot supply them to community-based militias.

It also called on the government to conduct a prompt, effective, independent and impartial investigation into all allegations of violations and abuses of international human rights law in greater Jonglei.

Vice President Dr. James Wani Igga’s team was expected to address the root causes of the violence in the region.