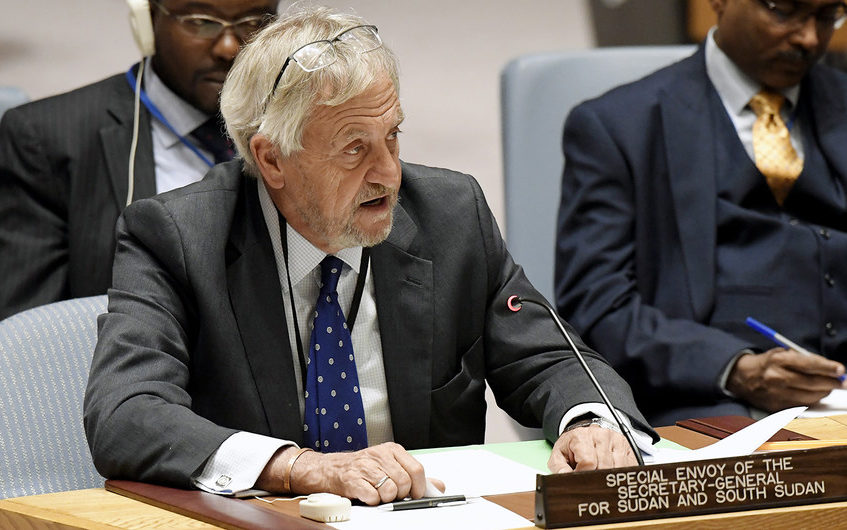 A report on the readiness of South Sudan to conduct a general election has been submitted to the UN Security Council, the head of the UN Mission in South Sudan has said.

This follows a visit to the country in May by the UNSC to conduct an assessment on the requirements needed to conduct a democratic election by the end of the transitional period.

Some of the requirements include, infrastructure, expertness, training and capacity building.

“Their findings have been submitted to the Security Council in the last two days and should soon be published,” Nicholas Haysom, the UNMISS chief said on Friday during the 17th RJMEC plenary meeting in Juba.

“These developments indicate the continuing commitment of the transitional government and the international partners to focus on making progress along a broad range of benchmarks needed to progress the transitional process.”

Mr. Haysom also said UNMISS will continue to support the Saint Egidio peace talks in Rome with the hold-out groups as it “presents a significant step to ending the conflicts in the country.”

He commended the step taken by a section of SSOMA to reaffirm its integration into the ceasefire monitoring body CTSAM-VM.

“While we must recognize the progress recorded so far, we must be cognizant that a lot more remains to be done to hold on to the peace games and to make it irreversible,” said the UNMISS chief.

He urged the unity government to “demonstrate the political will to progress implementation of the revitalized peace agreement”.

Over the weekend, a section of the South Sudan Opposition Movement Alliance led by Paul Malong and Pagan Amum agreed to present a list of nominees to the ceasefire monitoring body, CTSAM-VM.

According to the government chief negotiator, talks between the unity government and holdout group, the National Salvation Front is expected to begin soon.

Dr. Barnaba Marial Benjamin said the mediators of the Rome peace talks have reportedly informed the government that the group led by General Thomas Cirilo will return to the negotiations.

Three years have elapsed since the signing of the peace deal.

The parties are yet to complete most parts of chapter one on governance, chapter two on permanent security arrangements, chapter three on special reconstruction programs, chapter four on economic reforms, and even on the establishment of a proper justice system.

Peace partners call on govt to deescalate the conflict in Tambura