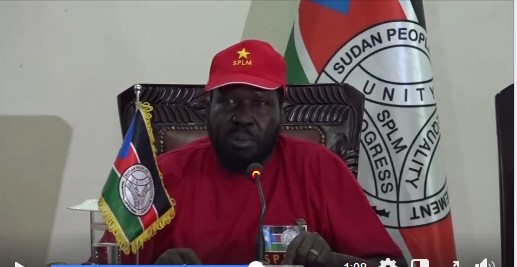 President Salva Kiir has called for an extraordinary meeting of the SPLM appointed members of the reconstituted national legislative assembly.

The meeting will take place Friday, July 23, morning at Freedom Hall in Juba.

The former Transitional government, made up of mostly SPLM cadres has more than 300 appointed members of parliament.

In a message read on state television Thursday evening, Kiir as the chairperson of the SPLM invited those he appointed recently to turn up for the meeting.

The agenda was not made public.

But observers say the SPLM meeting will likely choose the next speaker of the reconstituted national legislature.

There are no contestants yet, but the SPLM chairperson is expected to announce his choice for members to endorse.

In 2016, an SPLM meeting organized in Juba resulted in the selection of Anthony Lino Makana as speaker. He was later replaced in 2019 by another SPLM appointee, Obuch Ujwok.

According to the 2018 revitalized peace deal, the Speaker of the national parliament shall be nominated by the former Transitional Government, while the SPLM-IO shall nominate one Deputy Speaker.

The Speaker of the Council of States shall be nominated by SPLM-IO.

The former transitional government shall then nominate the Deputy Speaker, who shall be a woman, and the second Deputy Speaker shall be nominated by the South Sudan Opposition Alliance.

The agreement emphasized that for the purpose of regional inclusivity, each of the Speaker and Deputy Speakers shall come from former regions of Equatoria, Upper Nile and Bahr el Ghazal.