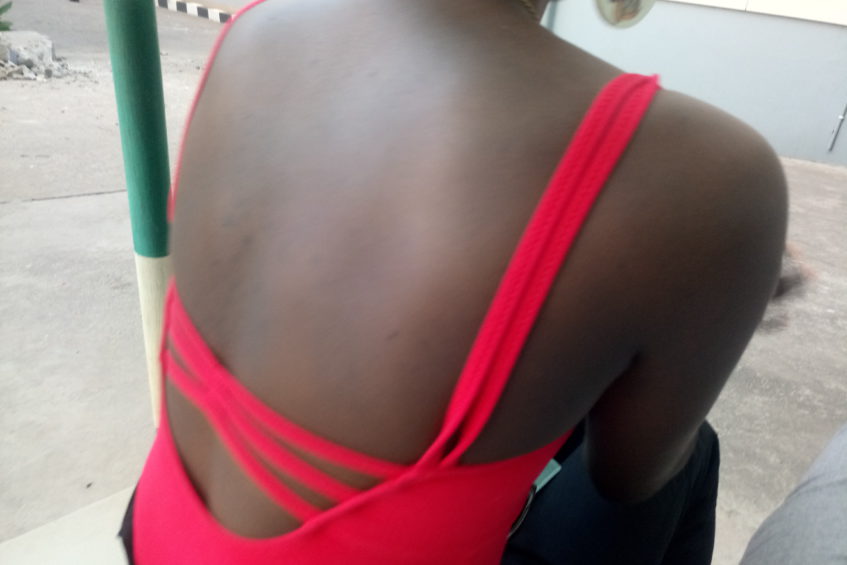 Skin lightening, or skin bleaching, is a cosmetic procedure that aims to lighten dark areas of skin or achieve a generally paler skin tone.

Ms. Rita says she stopped the practice after realizing she was overspending on buying cosmetics, and after learning about its health effects.

Until last year, Rita James used to spend between 8,000 to 12,000 South Sudanese pounds every month for buying the creams.

Skin bleaching is a popular practice among many South Sudanese especially but not limited to women and girls.

According to research, some women believe that a lighter skin color gives a woman more confidence and helps a woman have better job opportunities.

Others think having lighter skin also increases a woman’s chances of getting married.

But there are adverse health complications from using toxic chemicals for lightening skins.

Despite knowing some of these risks, Ms. Rita used a variety of lotions to eliminate her natural chocolate-brown skin by applying creams for nearly seven years.

But last year, she realized she was wasting a lot of money on buying cosmetics.

She had to stop the practice.

Among other responsibilities, Rita takes care of her mother, her younger sister and two children of her late sister.

After stopping bleaching mid last year, Rita told Eye Radio that she is now spending between 500 and 1,000 South Sudanese Pounds per month on ordinary body lotion.

She is now advocating for girls to stop lightening their skins.

In January 2019, South Sudan’s Drug and Food Control Authority banned the importation and sale of all skin lightening products saying it causes diverse health effects on the human body.

But the order has largely remained unimplemented as beauty shops and hawkers freely sell the prohibited cosmetics.