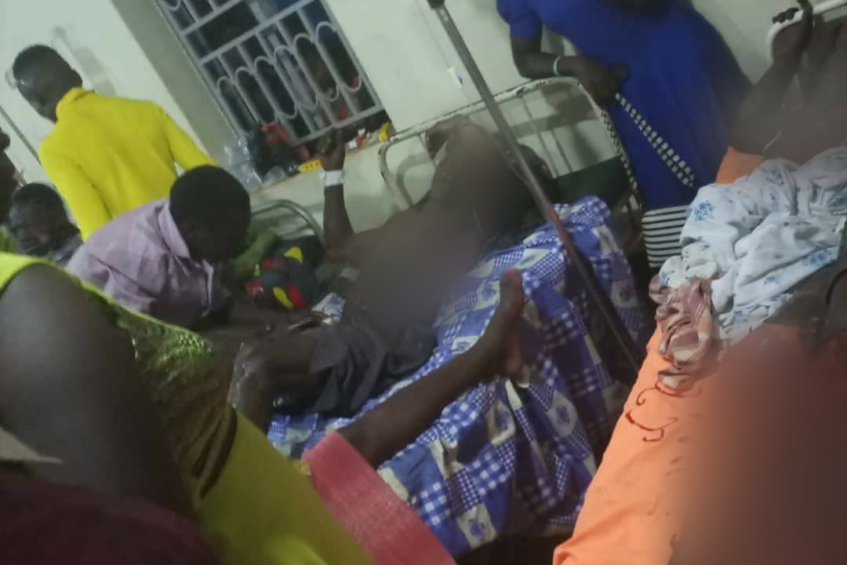 One of the burn victims receives treatment at Yambio Civil Hospital on Tuesday, March 2, 2021 | Credit | Courtesy

One person has reportedly died and 19 others sustained serious injuries in a wildfire in Yambio County, Western Equatoria State.

The incident happened on Tuesday at around 1pm local time.

About 20 young people reportedly rushed towards the bushfire in an attempt to capture wild animals escaping the fire.

According to reports, 19 people sustained first and second-degree burns.

“One person died at the scene and then nineteen were evacuated to the hospital,” Dr. Kumba Victor, director of Yambio Civil Hospital.

Wildfire incidents are common across the country during the dry season.

In 2019, more than 50 people died and dozens injured in a wildfire in the former Lol State.