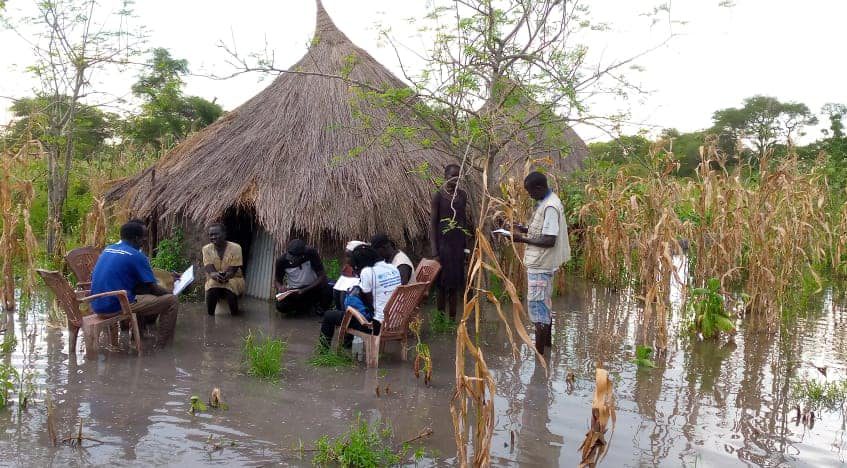 Heads of the diplomatic missions in South Sudan have described it as “appalling and unacceptable” attacks on humanitarian workers and aid operations in the country.

Over the last two months, there have been attacks on humanitarian workers in Renk, Jamjang, Gumuruk, Torit, and Panyijiar.

The diplomats called for “holding perpetrators to account and ending the impunity.”

In October 2020, a group of youth in Renk accused some organizations of failing to recruit from the local communities and threatened to dispel them if their demands are not met.

Last month, angry youths attacked the compound where aid workers and their families were living in JamJang, Ruweng Administrative Area, and reportedly robbed, and beat up the staff.

Two weeks ago, a female humanitarian working for Cordaid organization was shot and killed along with Camp 15 – Chukudum road in Eastern Equatoria state.

The latest incident happened in Panyijiar after unknown people attacked and killed Dr. Louise Edward, an employee of the International Rescue Committee.

Humanitarian supplies of UNICEF were also looted in Pibor Administrative Area following the recent outbreak of communal violence in the area.

WFP said some 550 metric tons of food, enough to feed 33,000 food-insecure people for one month, were looted and others destroyed in Gumuruk recently.

In a joint statement on Friday afternoon, the United Kingdom and the United States, Canada, France, Germany, Japan, the Netherlands, Norway, Sweden, Switzerland, and Turkey expressed serious concerns over the growing incidents.

“Humanitarian workers have endured brutal beatings, attacks, and robberies in their compounds, roadside ambushes when traveling in clearly marked NGO convoys, and the tragic death of two health workers,” the statement read.

The diplomats lamented the toll of the violence on the South Sudanese aid workers and their families.

They said these attacks have a ripple effect on the humanitarian conditions in South Sudan.

” [They] have put life-saving assistance and essential services in peril, disrupting aid delivery…for people already on the verge of catastrophe.”

The Heads of Mission hold the government responsible for the security of all, including a conducive environment for aid workers.

They outlined steps that the national and local government authorities and key individuals must undertake to facilitate access to assistance for those in need.

This includes “investigating all reported incidents to ensure the cessation of violence and revenge attacks, and support the local peace dialogues and processes as the way forward.”

The statement further urged the government to ensure the safety and security of humanitarian workers and assets and engaging in urgent dialogue with donors.

It also reminded the government to uphold its “commitment to deliver on the peace agreement through actions that allow principled humanitarian response grounded in humanity, impartiality, neutrality, and independence.”

The 11 countries -which are South Sudan’s humanitarian partners – demanded that the UN Mission and ceasefire monitors be allowed “unfettered access to all concerned areas to be able to exercise their mandates of protection of civilians and of monitoring of the ceasefire.”

The UN Office for the Coordination of Humanitarian Affairs says South Sudan remains one of the “most dangerous places to be an aid worker” with 126 humanitarians killed while providing critical services since 2013.