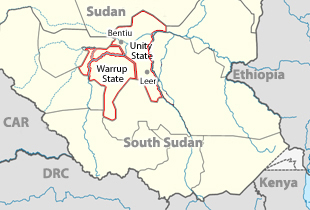 At least 27 people have been killed in renewed inter-communal fighting in Warrap State, the State Minister of Information in Warrap has said.

The fighting in Tonj East County started on Sunday to Monday morning.

According to the State Minister of Information, the clashes were between the two sections of Lou Paher and Luanjang.

Ring Deng said at least 29 people have been wounded in the fighting.

“This morning 16th of the same month [August], the conflict between Luanjang and Thiik – known as Lou Paher left several people dead and wounded as follows; the dead ones are 27 from both sides, and the wounded ones are 29 people from both sides.” Ring said.

“The government of Warrap state is hereby issuing this condemnation letter against another communal conflict which happened yesterday the fifteen august 2021.”

Communal clashes in remote areas of Warrap state have often been fuelled by cattle raiding, revenge attacks, and banditry.