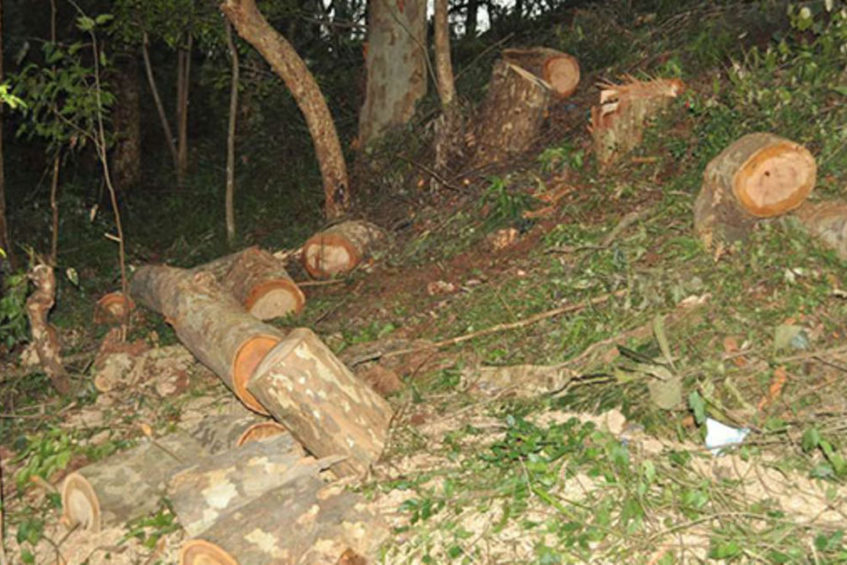 Authorities in Central Equatoria State say some companies are threatening to attack Kajo-keji County officials over a ban on logging, according to Beden Nelson the director for forestry in the county.

In October 2020, the state state government issued an order, banning logging in all of its six counties in an attempt to stop deforestation and preserve some rare tree species.

This made Kajokeji County commissioner effect the order by writing to companies actively logging in Kakokeji to cease the activities with immediate effect.

Aguek Investment Limited is owned by Maduol Thong and Santos Petroleum and Timber Company is for Dominic Wani.

“They threatened us that if we did not accept them to transport their logs, they would deal with us accordingly,” Nelson told Eye Radio.

Responding to the claims of the Director for Forestry in Kakokeji County, the loggers admitted having ordered for the closer of the commissioner’s office and that of the forestry director.

It’s not clear how loggers could shut down the county office when there is presence of various security organs there.

“I want to recover my money and that is why we teamed up and ordered for the closure of the county offices,” said Dominic, logger.

They say their order came as a result of a breach of contract by the county and state authorities after they were officially licensed to cut down trees in the area.

“I have all the papers but they are denying my right. They are saying I am a thief. But can a thief pay $7,000 to the state and county governments? Can a thief pay normal taxes?” Asked another teak dealer.

However, the commissioner of Kajokeji County – Eresto Kenyi – insisted that all logging activities in the county are illegal.

“What I know is that the loggers entered Kajo-keji illegally, they did their work illegally,” he stated.

In 2019, the Washington-based research group, C4ADS, examined trade data to document the export of around 100,000 tons of South Sudanese teak from January 2018 to March 2019.

It found that corruption and a poorly regulated logging trade mean that the government, the military, and other armed groups are skimming profits off South Sudan’s portion of the global teak trade, which is worth more than $500 million dollars annually.